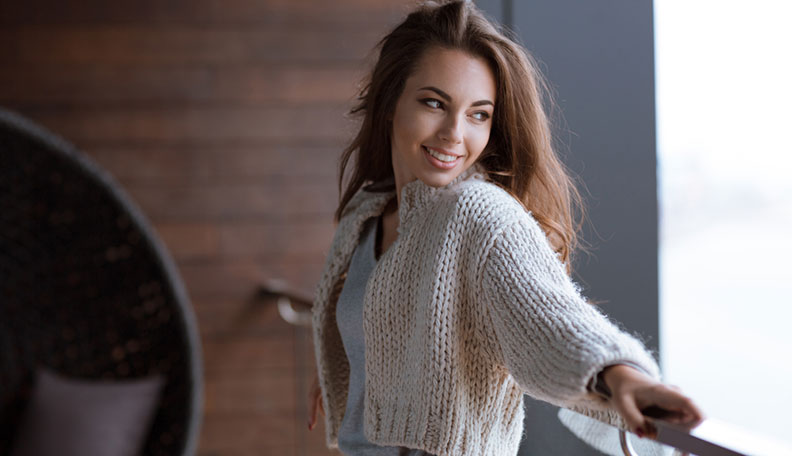 You have feelings for this guy, but do you know the signs he thinks about you a lot? Are you the one on his mind? Well, commit these signs to memory!

You’ve probably wondered if you’re on your crush’s mind as much as they’re on yours. We all want to know how much someone really thinks about us. I mean, we’re only human. It’s a natural thing to ask yourself, which is why these 15 signs he thinks about you a lot is just what you need to know.

How to read the signs he thinks about you a lot

Even when things are going really well with a guy, you want to know he’s enjoying his time with you. For me, this was always a problem. I spent so much time trying to make a guy feel good, I wasn’t looking at the signs that he was thinking about me. Reality? He was having a good time. I was just too busy planning the next step to see it. You don’t want to do that. [Read: 17 signs you’re being benched and strung along by a guy you like]

So, stop paying attention to what your friends are telling you and pay attention to the signals. He probably won’t even realize he’s giving off them off, but it’ll show he thinks about you a lot. Isn’t it time you knew?

#1 You are always talking via text. The only time you aren’t talking to each other is when you’re sleeping. Other than that, you’re always texting each other. He always has some funny meme to show you or a link to a YouTube clip he wants you to see. If he’s going out of his way to send you these things, it shows you are on his mind. [Read: 30 definite signs a guy is totally into you]

#2 He likes all your social media posts. Whatever you post, whether it’s funny or not, he’s one of the first people to like your posts. He may even comment on your photos as well, making sure everyone knows there’s something going on between you. He thinks it’s subtle, but it’s not and is definitely one of the clearest signs he thinks about you a lot.

#3 He follows you on social media. He not only has you on Facebook, but also Snapchat, Instagram, and Pinterest. He wants to make sure he stays in the loop, seeing what you’re up to and how he can make himself a part of your daily plans. No guy would do this if he wasn’t interested in you. If he’s following you on social media, it’s because he wants to. [Read: 14 signs he’s genuinely interested in being with you]

#4 When he sees you, he always gives you a hug. With some male friends, when they see you, they’ll give you a one-arm hug. That’s lame. When he hugs you, he gives you a real hug. You feel warm, safe, and loved when he wraps his arms around you. If you feel that, he’s probably feeling it too and is happy to see you.

#6 He asks you a lot of questions. You know why, right? It’s because he wants to actually get to know you. He wants to know what’s going on in your brain, what you think about, and whether you think about him. So, he’s going to poke around and get as much information about you as he can. [Read: 12 science-backed clues to know if a guy likes you for sure]

#7 He’s not checking his phone around you. I’ve met guys where all they do is text when they’re with someone. It’s annoying. It feels like you’re not good enough for them to give you an ounce of their time. However, when your guy is around you, he’s not looking at his phone, he’s busy spending time with you and giving you all his attention.

#9 He doesn’t make a decision without you. If it’s a big, life-changing decision, he makes sure you get to speak your opinion about it. Your thoughts matter to him, and he doesn’t want to make any big decisions without talking to you. Are you dating or something? It sure sounds like it! [Read: Talking to someone about your relationship: DTR made easy]

#10 He laughs at your jokes. Well, of course, you’re funny. But not all men will relax to the point where they can just laugh next to you. But he’s different. He freely laughs at your jokes and has no problem playing along. If he finds you funny, you’re already special for him.

#13 He keeps the eye contact going. When he looks at you, it’s not like all the other guys. He looks at you. No, he’s not staring at your boobs or eyeing you like a piece of meat. He’s genuinely looking into your eyes. And if you’re on his mind, he’ll be staring at you just a little bit longer than normal.

#14 He’s curious about you. He’s not only asking you questions, but he has this sense of curiosity about you. It’s like you’re this rare creature he’s trying to understand. That’s why he’s constantly watching you, observing you carefully. [Read: 17 signs he likes you more than a friend and wants to ask you out]

[Read: The signs he likes you but is scared of taking action]

So, what do you think? Do you see the signs he thinks about you a lot? If you think so, what are you going to do about it? Don’t let those thoughts go to waste.