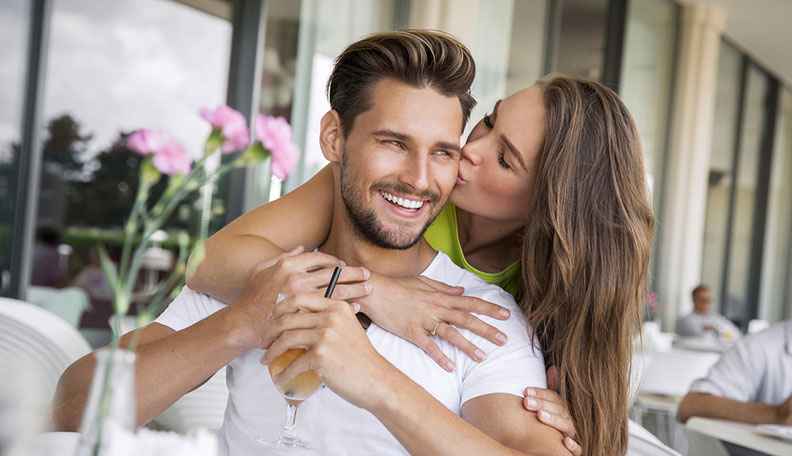 When we start dating someone, we tend to ignore the red flags. The signs you’re dating a narcissist can help you get out of a relationship before it starts.

I thought he was my dream man. He was tall, handsome, well-spoken, and employed. I mean, he was everything your mother told you to go for. But there was one small catch—the signs you’re dating a narcissist were written all over him.

Did I notice right away? Of course not, I was floating on cloud nine. But after some time, I caught onto some huge red flags; ones I couldn’t ignore. I mean, the guy could only talk about himself. How could I not notice that? Anyways, after a short while, we ended the relationship.

I was bummed out for a couple of days, but honestly, I felt a big relief lifted from my shoulders. I could see where the relationship was going, and it wasn’t happiness in the long run.

Whether you’re dating someone new or have been in a long-term relationship, before taking the next step, it’s important to see the red flags. Though dating someone who checks all your boxes sounds like a dream, when you find out they’re a narcissist, it’ll quickly become a nightmare.

If you see these signs you’re dating a narcissist, run.

#1 It’s all about them. If there’s one thing they love to talk about, it’s themselves. They’ll give you a minimal amount of attention when it comes to your problems and thoughts. Most of the time, the conversation is about them and their issues.

#2 They’re super charming. Let’s be honest, this is probably one of the reasons why you fell for them. A charming person can easily suck people in, but, at some point, they’ll show their true colors. Of course, by that time, you’ve already fallen in love and justified their behavior.

#3 They must be admired. They’re the star of every show and must be noticed and admired at all times. If not, they’ll sulk in the corner and criticize other people. Narcissists need all eyes on them, all the time. This is why your partner loves to dominate the conversation when they’re with you or in a group setting.

#4 They love to criticize. But don’t expect them to accept criticism. If there’s one thing a narcissist loves to do, it’s to put other people down. The insults may not be so straightforward; instead, they’ll be small put-downs that you don’t even notice until much later.

#5 They’re selfish. I’m not going to sit here and say no one but narcissists are selfish. We all have our selfish moments; we’re only human. But if your partner is constantly selfish, never thinking about you or anyone else, you have a problem. They’re not interested in how you feel. It’s all about them, and it’ll never change.

#6 They have a short temper. Sure, narcissists can be extremely charming, but don’t be fooled. They also have a short fuse and aren’t afraid to show it. If they quickly become angered when something doesn’t go their way, that’s not a good sign for how they’ll treat you.

#7 They love to control. It would be pretty out of character for them to let you take control of any situation. Narcissists need everything to go their way; if not, they lose their minds. It’s the only way they keep their image going; if you start to shine, that’s a problem.

#8 They’re stubborn. As I said, everything must go their way. And they’re not going to budge one step until they get what they want. This also goes for arguments as well. You may be right, but they’re not going to let you win. They’ll be stubborn until you give up and beg for forgiveness.

#9 They’re always the victim. Even if they made a huge mistake, they always find someone or something to blame it on. Rather than just admitting they screwed up, they will put the blame on anyone else. They never see themselves as someone who made a mistake. In their eyes, they’re perfect.

#10 They’re not empathetic. They definitely lack empathy. They don’t take into account your feelings. Even when you explain how you’re feeling, they’re unable to understand because it doesn’t benefit them.

#12 The relationship is one-sided. You feel you’re the only one putting in the effort and that’s because you are. To them, you’re just someone who caters to their needs and is convenient for them. But for you, they’re someone you like. Obviously, you have conflicting ideas about what a healthy relationship is.

#14 They have no long-term friends. Most people who are narcissists don’t have any friends or at least any long-term friendships. Look at the people around them and see the type of connections they have. Most likely, they’re shallow relationships without any longevity or depth.