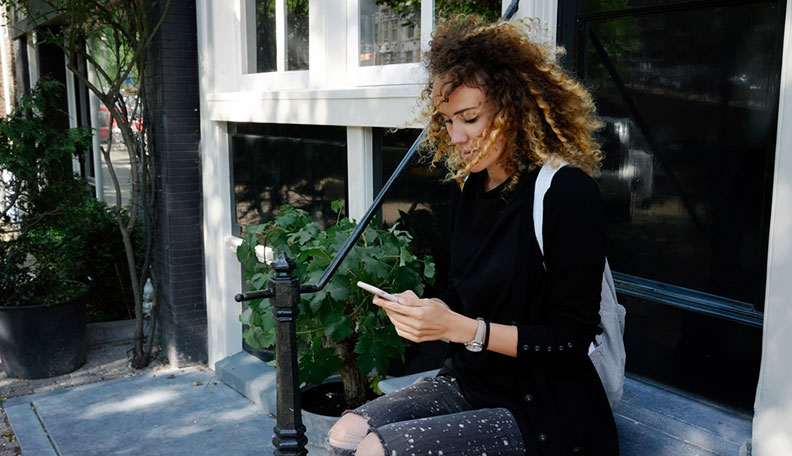 You’ve been texting this guy you really like, but randomly, the conversation ends. Did he forget you texted him? Why do guys stop texting for a few days?

Don’t even get me started on this subject! Listen, if anyone knows about this, it’s me. And, probably you. We’ve all been there. You like a guy, he shows interest in you, you exchange numbers, and you text each other for a day or two. And then… nothing. I mean, why do guys stop texting for a few days?

Now, I’m not saying his phone didn’t fall in the toilet, maybe it did, these things happen. However, if he posts on Instagram or Facebook while cutting off contact with you, he’s not having problems with his phone.

And, of course, you’re waiting for him to reply to your text. Maybe you even sent him another “follow-up” text to see what’s going on. You’re just looking for answers, and I get it. [Read: 13 reasons why he is acting strange and distant]

Why do guys stop texting for a few days? 13 reasons

It’s a horrible feeling when someone is ghosting you. I mean, come on, who does this? Whether he writes you or not, you still have one thing on your mind: why didn’t he reply right away? I know you’re trying to solve the mystery. Hell, we’re all trying to solve it.

I’m telling you though, it’s time to put the magnifying glass down and get to the truth. If you’re wondering why do guys stop texting for a few days, you’re about to find out. It’s time to stop overthinking!

#2 He doesn’t get the hints. Maybe you made a joke and he’s not sure what it meant exactly. Or maybe you’re naturally sarcastic, but he thinks you’re being serious. It’s texting. You don’t see each other’s faces when you’re speaking. So, this mix-up can easily happen. Make sure you make it somewhat obvious what you’re trying to say. [Read: How to text your crush and play it cool]

#3 You text him too much. In other words, he’s bored. You text him all the time and it’s killed the mystery and chase that he’s looking for. Plus, what can you possibly talk about via text all day long? Exactly. The conversations are getting boring, so he decided to put you on a time out for a couple of days. [Read: 13 rules you need to follow when a guy stops texting you]

#4 You don’t text him promptly. He’s made an effort to reply to your texts right away, but you take your leisurely time. If you take a few days to reply to his messages, you shouldn’t be surprised that he’s not texting you so quickly. He’s strongly hinting of how he’s feeling. If you liked him, you would have responded pretty quickly.

#5 You’re coming off too strong. I don’t know what your conversation looks like with him, but it could be that you’re coming off way too strong for his liking. He’s feeling a little uncomfortable with the topics and he’s too nervous to tell you to back off. So, instead, he retreats, thinking that it’ll help create some healthy space between you.

#6 He doesn’t have time. I don’t know what this guy does for work or school, but it could be that he doesn’t have time to small talk via text. Maybe he works late shifts or is always on the go. If the text isn’t related to what he’s doing at that moment, it’s not important. It’s not a good time to reply to your texts. [Read: How to make lively conversation over text with your crush]

#7 He’s not a texter. Some guys love texting and other guys aren’t into it. He may text you a couple sentences here and there, but it’s not his thing. I know guys who don’t check their phones for days. Look at the way he texted before and compare it to now. Is there any change? Or are you just overthinking things?

#8 You aren’t clicking over text. If you aren’t on the same page, texting can become more of a chore than a delight. If you both understand each other’s sense of humor and lingo, great. But if not, then he may be turned off and uninterested in keeping the conversation going.

#9 He’s spending time with other people. Some people make an effort to make sure they’re not texting during the weekend or evenings. Can you blame them? We’re literally addicted to our phones. If he made this rule for himself, he’s going to follow it regardless, but he probably would have told you this from the beginning. [Read: How to know when you need to stop texting a guy]

#10 He forgot. Our days are usually packed with people to meet and things to do. So, it’s pretty normal for people to open a message and forget to reply. These things happen. It doesn’t mean he’s not interested in you, but it’s more than a day. I would say it’s a little odd. I mean you can forget for a day, but for three days? I don’t think so. [Read: What does it mean if a guy never texts buy always replies]

#11 He met someone else. If he was chasing you but suddenly went cold, something happened. It could be an ex or someone new, but the point is, he met someone else and kicked you to the side. Even though it’s nice to know he’s not interested in playing two girls at one time, how he decided to “let you go” wasn’t respectful at all.

#12 He’s not serious about you. When you’re really into someone, you text them all of the time. He likes you, but he’s not looking for anything serious. So, he texts you on his terms, when he wants, because he’s not interested in putting in any extra effort. [Read: How to understand the signs a guy is just playing you]

#13 He’s scared of commitment. The dates you went on were great, the sex was pretty good. Not a bad start, right? Ah, but once you started connecting, he suddenly stops texting you. Well, it looks like commitment issues on his end. Why else would he stop texting you when everything was headed in a good direction? He’s scared!

[Read: When a guy stops texting you – The sad, mad and pissed off girl’s guide]

Why do guys stop texting for a few days? Actually, here’s a better question: are you going to still talk to him?

PREVIOUS15 Physiological Signs Someone Likes You: How Many Do You Notice?
NEXTHow to Spot the Signs of Low Self-Esteem in a Girl & Support Her