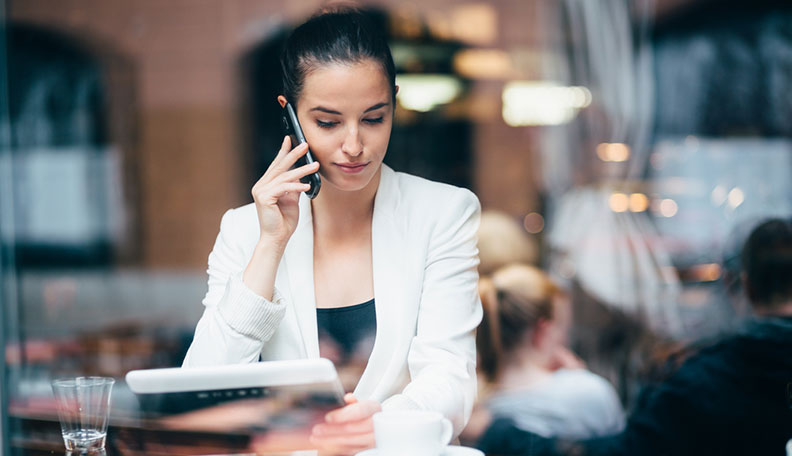 Why do guys play hard to get? Well, boys can be so confusing, honestly. And when it comes to feelings, it can be hard to tell where they stand.

Now, you may be wondering, why do guys play hard to get if they know I like them? This is the million dollar question. But don’t worry, I have some answers for you. When I first experienced my first “hard to get” guy, I was in shock and also thrilled by the challenge.

But after a while, I become confused and annoyed. Like, why do I have to chase you when you know I like you? I’m right here! It doesn’t have to be this hard! But nothing is ever what it seems. There are plenty of reasons why guys play hard to get. [Read: Understanding the reality of if guys play hard to get]

Why do guys play hard to get? 13 reasons why

Women spend a lot of time dissecting the mind of guys. Figuring out why they do what they do and how we need to counteract their moves. Trust me, after a while, you become tired of it.

One minute, a guy seems really into you, and the next day, it’s like you’ve never existed. What’s up with that? Now, it could be that they’re simply not that into you. Sorry, but someone had to tell you. But there’s also a second option which most of you will probably go with *it’s definitely easier on the ego*. It could also be that he’s playing hard to get. It’s time to know the truth.

#1 He’s seeing someone. This is one reason that you shouldn’t ignore. He takes you out, you talk on the phone, but you’ve never met his friends or family. Well, there’s something he’s not telling you and most likely it’s that he has a girlfriend already.

He’s playing hard to get because well, he already has someone and he cannot become emotionally invested with you. So, he keeps himself at a slight distance. [Read: Obvious signs that reveal if he’s just using you]

#2 He’s shy. Sometimes, when you’re wondering why do guys play hard to get, it could be that he’s not playing hard to get at all. It could simply be that he’s just really shy. This can be a little tricky to figure out because it can come across that he’s really not into you. But you’ll be able to see this through time as he becomes more comfortable around you. [Read: How to tell if a shy guy likes you]

#3 He’s worried about his parents. Guys can be weird when it comes to their family. Maybe his parents are slight control freaks or extremely nosey. He may come to your house a lot, but he never invites you over. Of course, this makes you feel like something is shady and that he’s hiding something. This impression that he’s playing hard to get could be because he’s thinking about what his parents and family are going to be like if they find out about you.

#4 His friends don’t like you. He may really like you but his friends have told him that you’re no good for him. So, he’s struggling with his feelings. He wants to make a move but then again, he’s worried about what his friends will say. It comes off as being hot and cold, giving you the impression that he’s playing hard to get.

#5 You’re too aggressive. You may really be into this guy, and there’s nothing wrong with that. Also, there’s nothing wrong with being the one who makes the first move instead of waiting for him to do so. But now he sees that he’s in the power position, so, he’s playing hard to get in order to get control of the situation. That, and he’s probably freaking out a bit. [Read: 15 easy ways to get a man to chase you and fall hard]

#6 Your friend is into him. Now, if he’s a younger guy, this may keep from him moving forward with you. He’s looking at his options and if he knows that some of your friends are into him or other girls, he’s just going to string you along until he figures out which one he wants. Or he may end up empty-handed, however, keep you all chasing him like hungry dogs.

#7 He doesn’t want a relationship. He may seem like the perfect guy. He makes you laugh, he’s affectionate, and you guys can talk for hours, however, nothing is official between you. Though you guys act like you’re together, you’re not. Maybe he misses his ex or doesn’t feel like he’s ready. So, instead, he plays hard to get in fear that you’ll lose interest and he’ll end up alone. [Read: What to do if a guy likes you but doesn’t want a relationship]

#8 He doesn’t have time. Some guys are really busy, I can’t deny this. Now, some guys use this as an excuse to have causal relationships. However, there are some guys genuinely busy. Now, they can always take a minute to reply to your texts, but he may look like he’s playing hard to get because he’s hard to get a hold of.

#9 He’s immature. Listen, men are immature. No matter the age, they somehow always end up acting like they’re twelve. If he’s a younger guy, then this is most likely why he’s acting like this. He’s watched a couple too many YouTube clips on how to get the girl and now he’s trying to attempt the impossible. He’s playing hard to get because he has no idea what he’s doing. [Read: 15 things immature men do and why you definitely need to avoid them]

#10 You’re only for fun. Yeah, I know, it sucks. But instead of being honest with you from the beginning, he plays hard to get while you give him yourself. Here’s the thing, he had no intention of making anything serious with you, and you’re just chasing a dream that will never happen. He only sees you for a good time and that’s it.

#11 He’s scared. Ah yes, one of the most common reasons as to why he plays hard to get with you. In all honesty, he’s scared shitless of the idea of you and him. Not because of you, but he’s scared to open up to someone and be vulnerable. So, instead, he plays hard to get because, well… it’s safer than getting his heart broken. Awwww. [Read: 16 signs he really likes you but is scared and unsure what to do]

#12 He’s a player. Players only love you when they’re playing. If you’re wondering why do guys play hard to get there’s a good chance the guy who’s pursuing you is just a player, what more can I say? There are some guys so inexperienced and immature, which is a horrible combination, that they only know how to play with women. This behavior is also because playing doesn’t result in him being hurt.

So, as a player, he mind f*cks you, traumatizes you, and walks away happy. Not a bad trade-off from him, right? [Read: How to play the player and turn the tables]

#13 He knows this won’t last. This is somewhat depressing, but it’s true. In his head, he doesn’t see a future with you. So, he takes this more as a game and has decided to entertain himself while the chase is still on. This way, he reaps the benefits, but he doesn’t have to get too deep into the relationship. 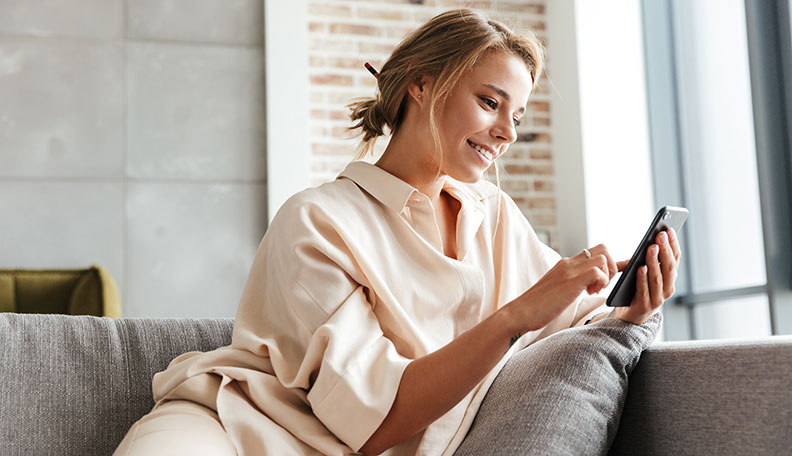 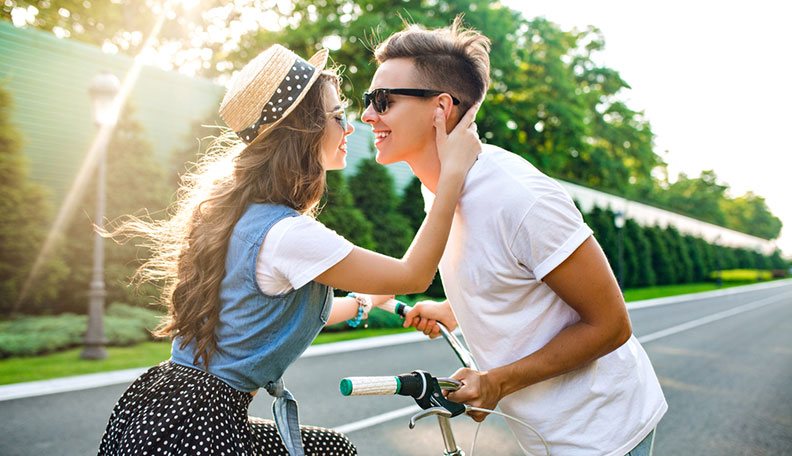 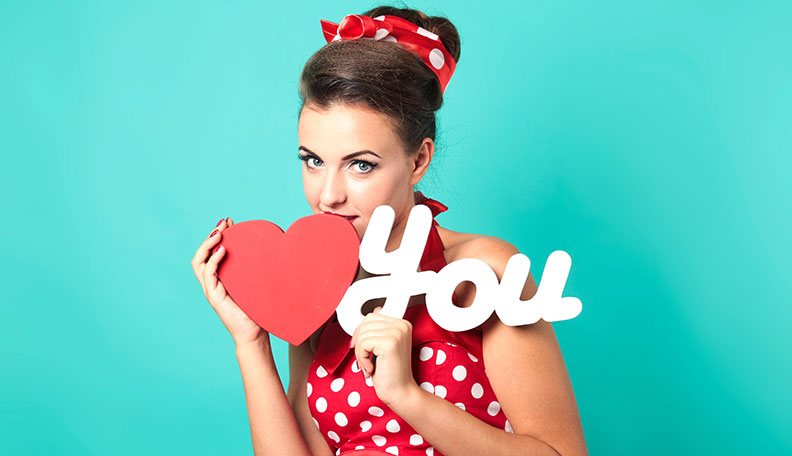 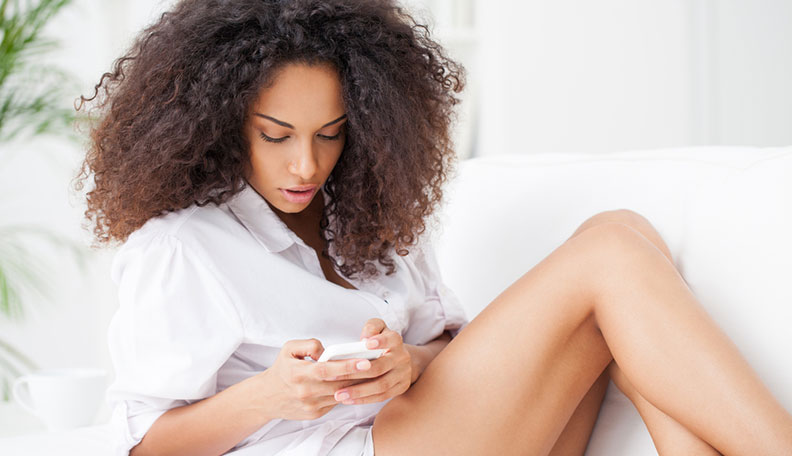