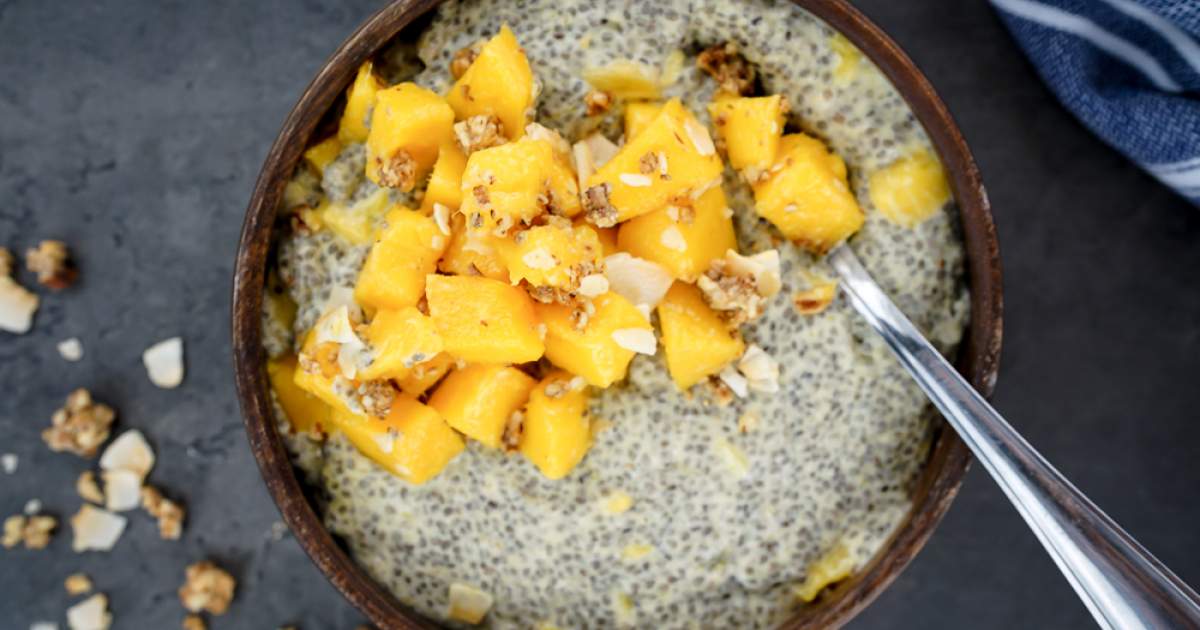 This is the base Chia Seed Pudding recipe that you can use to create all kinds of chia puddings using your favorite fruits, nuts, yogurts, seeds, and spices. Build on the basic liquid to chia seed ratio you will learn in this recipe to create endless versions of this healthy breakfast and snack.

Chia seeds and chia pudding are an essential part of my weekly routine since they have so many benefits when it comes to health and wellness. These nutritional powerhouses are packed with fiber, protein, Omega 3 fatty acids, antioxidants, magnesium, and potassium. This makes them great for reducing inflammation, aiding digestion, regulating blood sugar, and keeping you full and satisfied. All that in one tiny little seed. These amazing little seeds turn into a creamy and healthy pudding that takes on the flavor of whatever they are mixed with. When you mix the chia seeds with liquid, they absorb that liquid at a pretty astonishing rate and turn gel-like. At the same time, they also take on the flavor of the liquid. This creates a consistency similar to tapioca pudding but with way more nutritional benefits. And since chia seeds have almost no flavor on their own, you can pretty much create any flavor combo you like by flavoring the liquid and adding in things like fruit, spices, and nuts.

What is the right ratio of liquid to chia seeds for chia pudding?

To create a creamy and thick pudding, you want to use a ratio of 6 to 1. For a one person serving, that means using 3 tablespoons of chia seeds and about 1 cup of liquid. For two servings, you would double that to have 6 tablespoons of chia seeds and 2 cups of liquid. For the liquid component, using milk will result in the creamiest pudding. You can use almond milk, cashew milk, coconut milk, or dairy milk. If you are using canned coconut milk, opt for the light milk or cut it with almond milk since it is already very thick. You can use black or white chia seeds and both work with the same ratio.

How long can I store chia seed pudding in the fridge?

Chia seed pudding lasts in the fridge for about 5 days. Make sure to store it in an airtight container. If you are adding fruit and other mix-ins, you may want to wait to add them until it is time to serve so they stay fresh and don’t get mushy.  This is especially true for citrus since the acidity of the citrus can change the way the chia seeds absorb the liquid. For meal prep, make a large batch on Sunday and keep them in the fridge all week.

How long do chia seeds need to soak in milk?

Ideally, the chia seeds will soak in the milk or liquid for 3-4 hours for a thick and creamy chia seed pudding. However, if you are in a time crunch, you can actually make chia pudding in about 20 minutes. Let them sit for 10 minutes and then stir and let them sit another 10 minutes. Although the chia seeds won’t be full hydrated, they will already have begun to gel. You can also blend the chia seeds for a faster pudding and a smoother, more pudding like consistency. To blrnd chia seed pudding, just place everything in a blender and blend until nice and smooth.

You can make chia seed pudding low carb, keto, vegan, and paleo as long as you choose the right liquid and sweetener. For low carb and keto, make sure to use a low carb milk like unsweetened almond milk paired with no-calorie sweeteners like Stevia or Splenda. For a paleo chia pudding, use honey instead of maple syrup. For a vegan chia pudding, use plant-based milk and either maple syrup or liquid sugar for your sweetener.