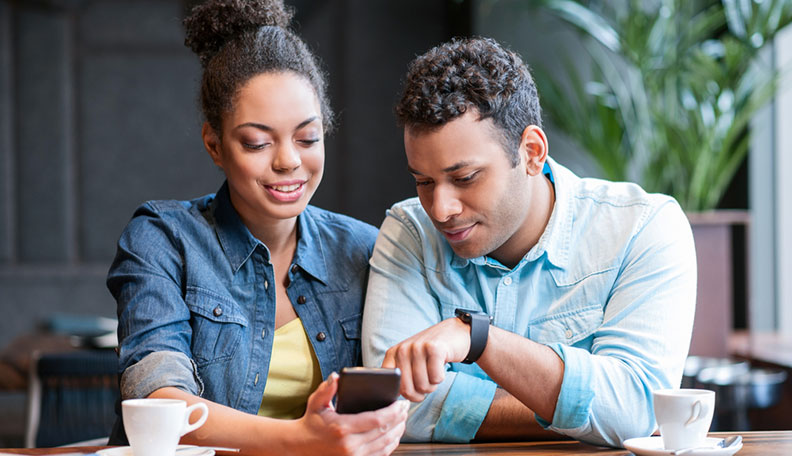 Let’s be real, men really bag on women for having low self-esteem. Meanwhile, they flex in front of the mirror eight times a day and panic when a girl blocks them on Instagram. So, before you listen to them nag about us being insecure, read these signs of low self-esteem in a man. Men suffer from low self-esteem just like women do. However, they simply show it in different ways.

Since women are more emotional and expressive, our insecurities are more visible, but the thing is you can spot low self-esteem in men a mile away. You just need to be looking for the right signs. [Read: If you see these early relationship warnings you should run]

We all saw Twilight. Having a good-looking boyfriend that stalks us everywhere doesn’t seem so bad, especially if it’s Robert Pattinson. But that’s the thing, low self-esteem hides cleverly regardless of how someone looks or appears to act.

Decide whether or not this is someone you need next to you. Look for these red flags. [Read: How to make a jealous boyfriend not-so-jealous in no time]

#1 He’s self-deprecating. Now everyone has a tendency to be hard on themselves from time to time, this is normal, especially if stressed out. However, if your man is constantly putting himself down, it isn’t being humble, it’s just showing his low self-esteem.

He doesn’t believe that he’s capable, so, he’s insulting and belittling himself. If he’s said, “I can’t believe you want to date me” or “I never thought I’d find someone who’s a ten” he has serious self-image issues. [Read: The warning signs of a guy who’s clingy, don’t date them]

#3 He’s jealous. Remember when I was talking about Twilight? Yeah, that’s low self-esteem right there. If your boyfriend is constantly checking who you’re talking to and accusing you of doing things you haven’t done, he’s highly jealous. And with low self-esteem, this never gets better. It only gets worse and worse with time, unless, you cut everyone out from your life and live in a hole. [Read: The big signs of a jealous and possessive boyfriend]

#4 He criticizes you. Listen, we all need a dose of healthy criticism every now and then, and you should be able to give and receive it from your partner. However, there’s a line where healthy criticism becomes abusive.

Your partner should love you for who you are. If he’s constantly criticizing every little thing you do, he doesn’t truly love you. He’s just spewing his negativity onto you in order to make him feel big.

#5 He’s physical with you. If he’s pushed you or hit you before, then he’s already abused you physically. You should have left him already. If you’re noticing that he’s becoming more physical over time, this is a huge red flag of low self-esteem. He’s compensating his low self-esteem by showing you how he’s a man. This isn’t a man, this is a coward and definitely one you need to run from.

#6 He only wants you. He’s not into sharing you. Sure, you have friends and family but those are only people that are trying to get in between you and him, right? Wrong. But in his eyes, he can’t share you with anyone else. He doesn’t want to know your friends nor does he want you hanging out with them when he’s not around. [Read: 15 signs of a controlling boyfriend most girls don’t notice]

#7 He’s a huge Debbie Downer. He’s never happy about anything. You could literally take him to the moon and he would find something to complain about. Usually, in a healthy relationship, couples bring out the best in each other. But with him, he’s always bringing you down and always pointing out the qualities he doesn’t like in you.

#8 He doesn’t hear you. He knows you’re there, he hears you speaking but he’s not listening to anything you’re saying. And if he does listen, it’s only to the things he can use against you in order to win the fight. He doesn’t care about your feelings or if he hurt you. You may feel that you’re walking on eggshells because you have to watch everything you say. [Read: Manipulative people – How to spot them and stop playing the victim]

#9 He’s never wrong. He’s probably made so many mistakes while with you, but in his eyes, they were never his fault. It’s always some crazy reason as to why something happened and it’s never really because of him. He emotionally can’t handle being wrong because he has no self-esteem. Instead, he blames others.

#10 You can’t celebrate your successes. At least not unless he also had a success. You can’t look better than him. If you do, he starts to feel bad and expresses how he’s less than you or insults your achievements. He makes you feel that you can’t celebrate your accomplishments with him around. Instead, you reduce yourself. [Read: The signs you’re dating a jerk]

#11 He forces you into sex. You don’t always want to have sex, that’s completely normal. But for him, if you don’t have sex with him, he feels that you’re not into him which makes his self-esteem even worse. So, he rapes you. You may not see it as rape, but you need to know that partners can rape each other as well.

[Read:  The signs of a disrespectful partner you should never overlook]

PREVIOUS15 Committed Relationship Rules to Make Your Romance Last a Lifetime
NEXTSex Positive Feminism: What It Is & Why We Must Embrace the Movement