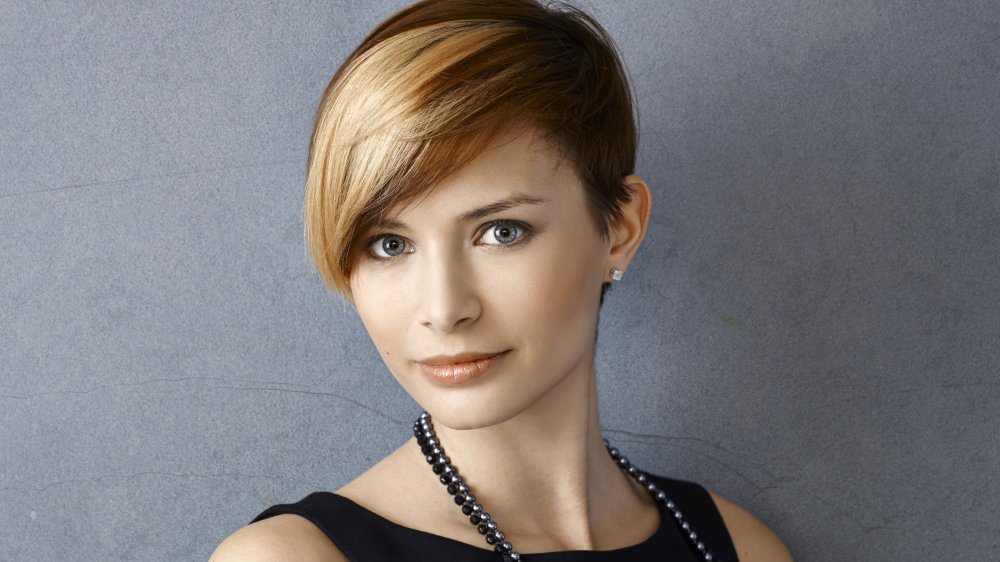 Not all pixies are the same. Some are severe, while others are relaxed. According to Mike Van den Abbeel, hairstylist and owner of Mosaic Hair Studio and Blowout Bar in Orlando, Fla., the former has since lost steam. “Women’s short cuts today are about being lived in,” he explained to The List. “Women don’t want to look like they had their hair cut. No sharp lines or clean edges.”

Severe pixies may have died out, but there are plenty of softer iterations to try, like Rowan Blanchard’s cropped ‘do. Nunzio Saviano, hairstylist and owner of New York City-based Nunzio Saviano Salon, called the short hairstyle a “lived-in, feminine, and sexy pixie” when speaking to Allure. “Around the ears, you want it to be saggy with length so that it can be softly styled,” he advised.

If you have a face shape similar to that of Blanchard, a Disney Channel star who left the TV network in 2017, this cut will look especially great on you. “This cut complements Rowan’s angular face shape and hair texture perfectly,” Saviano told the publication. “The length and direction that her hair is styled really accentuates her gorgeous eyes.”

The Only DIY Body Balm You Need To Make This Fall

Multitasking gets a bad rap these days. Maybe I shouldn’t scarf down a Clif bar…

Cellulite can affect each and every one of us. It’s estimated that about 90% of…

A DIY Facial Steam for Every Skin Type