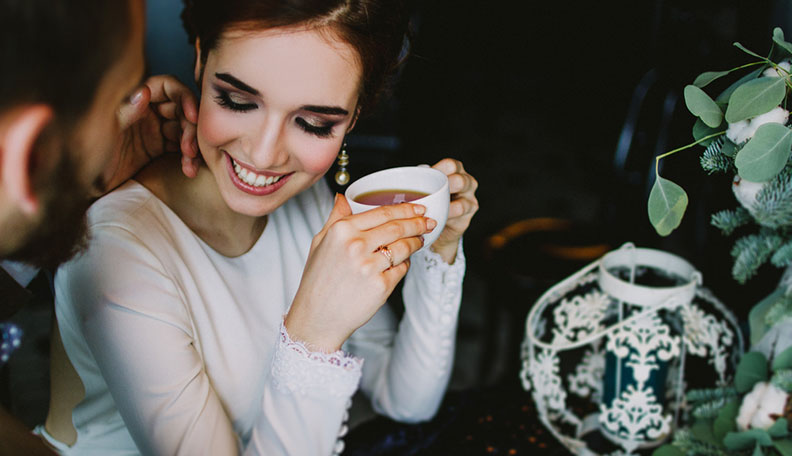 It might not be a bad thing to go out with a serial dater, but it sure would be good to know just in case. Here’s how to tell if you’re out with one.

If you’re not sure what a serial dater is, it’s when someone goes out on tons and tons of dates but never really gets into a relationship. Why would you want to know about that? Because there’s usually a reason this person only ever goes on dates.

Either they have no intention of starting a relationship with you due to commitment issues or whatever else or there’s something so undesirable about them or their behavior that causes people to never pursue anything with them.

There are also some women who are serial daters just looking for free food. If you like to keep things very traditional on your dates and have the man pay for the meal, you may run into some girls who just like to get some free food out of the whole ordeal.

Why you should watch out for a serial dater

Why would you want to waste your time getting to know someone only to have them not want to pursue a relationship at all? It’s not only annoying, it’s also rude.

Obviously, if the person has something very undesirable about them, you can’t really call it a waste of time. You didn’t know.

However, there are some ways to tell if the person you’re talking to or going out with is a serial dater. Pay attention to these signs and you might end up saving yourself a lot of time. [Read: 13 warning signs to look out for on the first few dates]

#1 They want to go on a date ASAP. Most serial daters want to date as much as possible. They’re not really there to get to know you so they’ll probably want to go for the date right away. Be careful with this because you won’t know them very well, either. If you find that after only a couple conversations they want a real date, they could be a serial dater.

#2 They avoid deep conversation. Serial daters just want to date. They don’t want to get to know you and that means they’ll avoid meaningful conversations. Most likely, they’ll keep the conversation simple.

You’ll especially be able to tell if this is the case if you try to talk about more complex matters and they just joke about it or change the conversation altogether. [Read: How to keep the conversation going with a girl you really like]

#3 They don’t ask in-depth questions about you. This is because they don’t really care. They’re not looking for a real relationship and that means they don’t want to get to know you.

If you notice they’re not really trying to get to know you, but rather just trying to have a good time, they might be a serial dater.

#4 You don’t know more than surface level information about them. How well do you really know this person? You might know a few things here or there but what about their values and morals? Do you know any of the important stuff?

If not, they could be keeping that stuff from you in an effort to hold you at arm’s length. This is because they’re a serial dater who doesn’t want a relationship. Be on the lookout for this.

#5 They won’t discuss their feelings for you. Do you know how they feel about you? They might mention how they think you’re great and how good looking you are but do you know how they truly feel about you? If not, they could be avoiding discussing it because they don’t want a relationship or anything deeper than a casual fling. [Read: This is why men act like they don’t care and have no feelings]

#6 They only ever want to have fun. Now, this isn’t always a bad thing and many people who might actually want to date you will still try to keep things fun in the beginning. However, serial daters never get serious.

Their mission is to only have fun and if you find yourself wanting more and having dates that are more intimate emotionally, you might be with a serial dater.

They’ll put forth the effort to make it great because that’s all they really want out of dating you. However, if your relationship is purely physical even though you want more, you may not get it. [Read: 17 signs you’re just a hookup and nothing more]

#8 They show signs of having commitment issues. You might have to focus a little more to see this but if you find they have commitment issues, they’re probably a serial dater. They won’t talk about previous relationships and they might not have had any. That’s how you know there are commitment issues present.

#9 They’re very charming. People who only ever date are really good at it. They have tons of practice, really. Obviously, anyone can be charming. You’ll have to make sure the person embodies other signs of being a serial dater before you can conclude that they are one. [Read: How to be charming and liked by everyone]

#10 They always have a comeback. They’re very witty. This helps them dodge any personal questions with fun comebacks so you can’t tell they really just don’t want to answer the questions.

If the person you’re dating is super witty and seems to sidestep serious topics with humor, they probably aren’t looking for a relationship.

#11 They make lofty promises. And they’ll very rarely, if ever, follow through with them. Meaning, they might tell you they’ll take you to all these amazing places and plan for incredible dates far off in the future but really, they don’t come through. These are just things to keep you hooked on them.

#13 They don’t communicate much when you’re not together. Meaning, if you text them a lot and don’t get many responses, they could be a serial dater. This is because they don’t want to be trapped into talking about deep subjects that can often come up when you text someone for a long time.

[Read: 16 signs someone’s not ready for a serious relationship]

You’ll want to pay attention when you start dating someone so you don’t end up with a serial dater. Unless, of course, you’re a serial dater just looking to keep things casual with another.