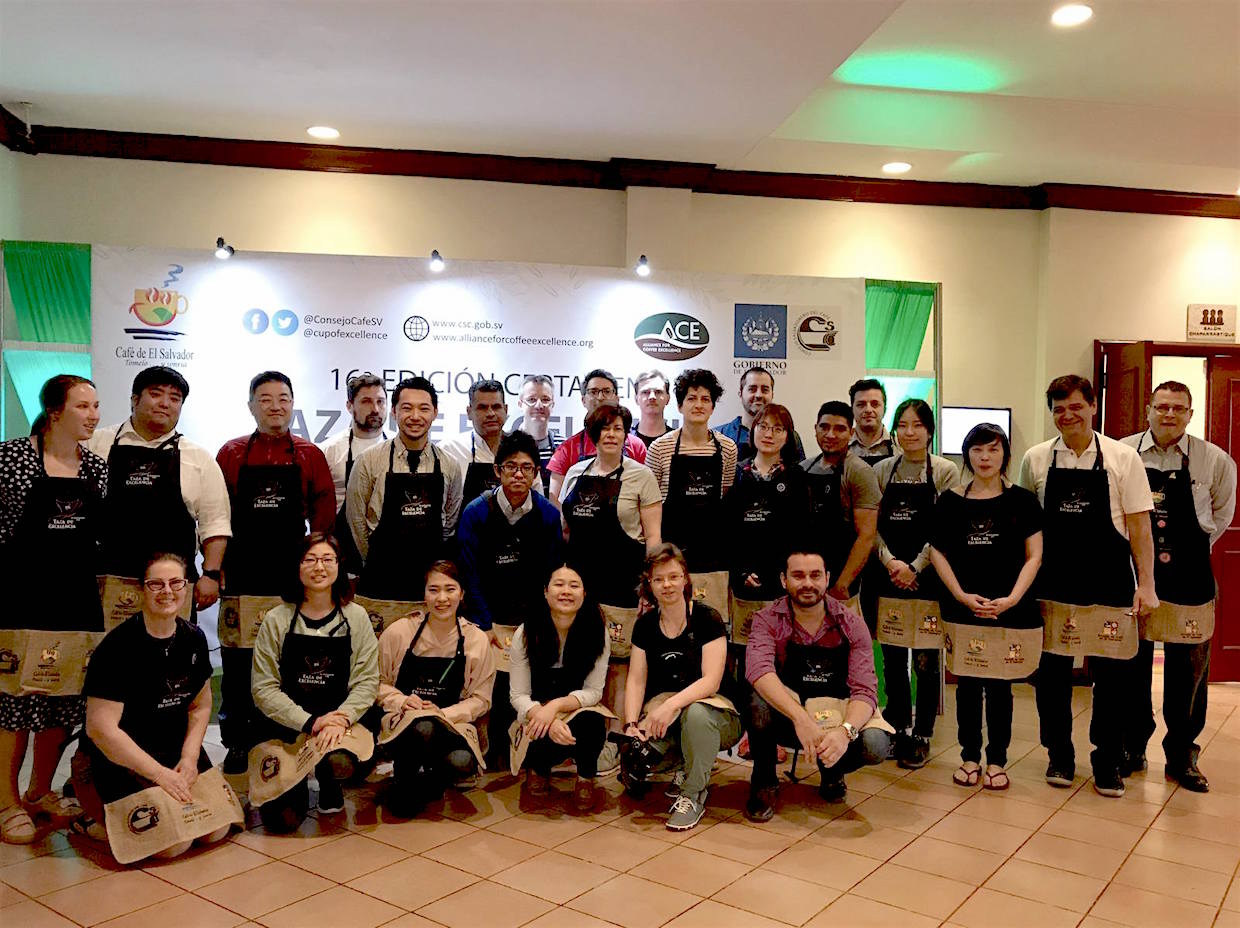 The 16th El Salvador Cup of Excellence coffee quality competition recently concluded in San Salvador, resulting in a range of coffees heading to auction beginning June 10 for National Winners (scoring 85-86.99 points), and a separate auction for the CoE-winning coffees (87 points or above) taking place June 13.

While a range of Salvadoran micro regions and processing methods were among the 25 El Salvador CoE-winning coffees, one variety jumps off the list of the CoE winners: the third-place (89.93), honey-process Bernadina variety, developed locally at Finca La Esperanza.

According to multiple sources, including importing company Mercanta and the Portland, Oregon-based roasting company Proud Mary, Bernadina is likely a cross between the famed Gesha variety and some other parent plant that was found to have been living on one of La Esparanza’s farm lots. The farm is owned by the Pacas family, which already has its own genetic mutation of Bourbon named after it.

In a 2017 interview with Portland Monthly, Proud Mary’s Nolan Hirte said a farm manager named Ruperto Bernadino Merche insisted to Maria Pacas that five plants on the farm were producing fruit that was different than the other trees. Pacas eventually sold the coffee, named after Ruperto, at a steep premium to Proud Mary, and the plants have continued to be cultivated on the farm.

First place coffee in the competition was awarded to J. Raul Rivera for a honey-process Pacamara variety that scored 90.57. Second place was given to Gilberto Baraona, who presented a washed Bourbon from the Los Pirineos farm that scored 90.37. Among the remaining 22 CoE winners, there were 18 Pacamaras, two Bourbons and two Kenyas.

This was the first CoE auction requiring winning coffees to score 87 or above since CoE organizer the Alliance for Coffee Excellence (ACE) updated its rules and auction program.

“Personally coming back here as head judge [for the first time] since 2008 confirmed the expectation of finding very special lots from various types of processes such as washed, honey and natural, and of multiple varieties produced in the country,” Brazilian coffee expert and the competition’s head judge, Silvio Leite, said in an announcement from ACE. “In consequence, we had at the tables all three processes competing side by side, which enriched the competition.”

National winners of the El Salvador Cup of Excellence will be heading to auction June 10-14, with the auction for the top CoE-winning coffees taking place June 13. Other upcoming CoE auctions include: Colombia (May 16), Honduras (July 11), and Costa Rica (July 18).