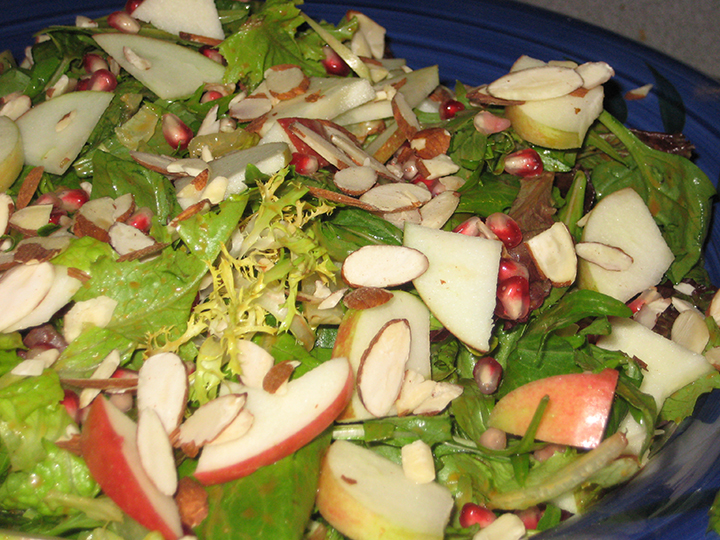 Signs that you need to reevaluate your life choices – you realize you’re buying your cat cans of lamb & rice cat food because you’re really craving lamb chops. On the plus side, the cat seems to enjoy the lamb & rice dish. On the other hand, it’s not doing much to quell my craving for lamb.

My usual solution to a craving for lamb is to take myself off to our local Turkish restaurant which offers a plethora of lamb dishes; the dilemma is which lamb dish to order. While you ponder this weighty decision you attempt not to spoil your dinner with too much of their addictive hummus, or with the spicy mashed vegetable dip that is not acili ezme, or with too many hunks of the warm bread they bring you when you sit down.

The real quandary when it comes to ordering is whether you get the completely indulgent iskender kebab which involves piles of shaved slices of spit roasted lamb layered over toasted pita, and then drowned in yogurt and chili sauces. Or, do you get the lamb kebabs with their perfectly grilled hunks of lamb served over tomato infused bulgur.

I choose not to contemplate what they do to their hummus to make it so astonishingly good, most because I suspect the answer has something to do with egregious quantities of olive oil and tahini. I have utterly given up trying to figure out what the spicy mashed vegetable dip they bring to the table just after they seat you. For a while I hypothesized that it was acili ezme because they have an appetizer on their menu called acili ezme whose description seems like it could be what they bring for you to snack on while you peruse the menu. However, every recipe I’ve come across for acili ezme seems more like a Turkish version of salsa than what Pasha serves up which leads me to believe that it is either not acili ezme, or it’s some highly specialized version thereof.

I have asked what the bread is called with the vague notion that I could make it at home – since I actually haven’t seen that bread at any of the local Armenian grocery stores or bakeries. However, every time I inquire as to the name of this particular kind of bread I’m faced with blank looks and the response that it’s just called bread. This is not helpful.

I have, however, finally cracked the case of the bulgur pilaf. For years I have been baffled as to how they created their bulgur pilaf because I couldn’t figure out how the fine grains of raw bulgur that I saw in stores was transformed into the chewy rice sized grains that they served at Pasha. Turns out I was finding the wrong kind of raw bulgur, and once I found the right kind of bulgur recreating the pilaf was actually very easy.

I have learned more about bulgur in my quest to recreate this dish than I thought I wanted to know. Bulgur is the name for the cracked/groat form of a number of different wheat species – but most commonly durum what. It comes in a variety of grinds from very fine, to barely cracked at all. The fine and medium grinds (called köftelik bulgur) are traditionally used in a tabbouleh like salad called kisir, incorporated into kibbeh, and apparently also as the base for a yogurt soup called taharna that I’ve never had but sounds yummy (although not something I’m likely to try making at home because making it involves dehydrating yogurt to powder form).

The fine and medium grinds are the ones you see most often in bulk grain bins, or sold in packages from places like Bob’s Red Mill. However, to make bulgur pilavi you need the largest/coarsest grind (called pilavlik bulgur, or sometimes #3 grind).

I had an ah ha! moment that felt like it deserved a dramatic swell of music, and possibly a targeted ray of sunshine to illuminate the package of cracked wheat when I randomly came across it at a halal grocery store where I was stopping in to buy dates. I scurried back to my computer and the internet to determine if what I had seen was in fact the answer to all my bulgur questions. It was. And thus, one mystery has been solved.

I appear to have inadvertently committed Rosh Hashanah . . . I have somewhat by happenstance come up with a menu that almost obeys all of the kashut laws (I used butter in my pilaf, but you could use olive oil if you wanted), but that also hits all the allegorical high notes of the Rosh Hashanah celebration.

Heat oven to 425 degrees. Transfer all ingredients, including marinade, to a sheet pan with a rim. Chicken should be skin side up. Roast until chicken is browned and cooked through, about 20 to 30 minutes for breasts and 30 to 40 for legs and wings (remove the pieces as they are done cooking).

When the chicken is done, give the carrot mixture in the pan a stir; if the pan looks dry add 2 to 3 tablespoons water. Continue roasting the carrots until they are tender, about 7 to 12 minutes longer.

Spoon carrots over chicken and top with cilantro, scallions and pistachio nuts.

Rinse the bulgur until the water runs clear.  Allow to drain.

Saute the onion and red pepper in the butter until they are softened – you’re basically looking for them to be almost liquid. Add the bulgur and stir to coat evenly.

Add tomatoes, tomato paste, stock/water and salt and bring to a boil.

Reduce heat to simmer, cover and cook for about 15-20 minutes more or until bulgur is tender and liquid has all been absorbed. Remove from the heat, cover with a towel & pan lid and allow to steam for 5 minutes.