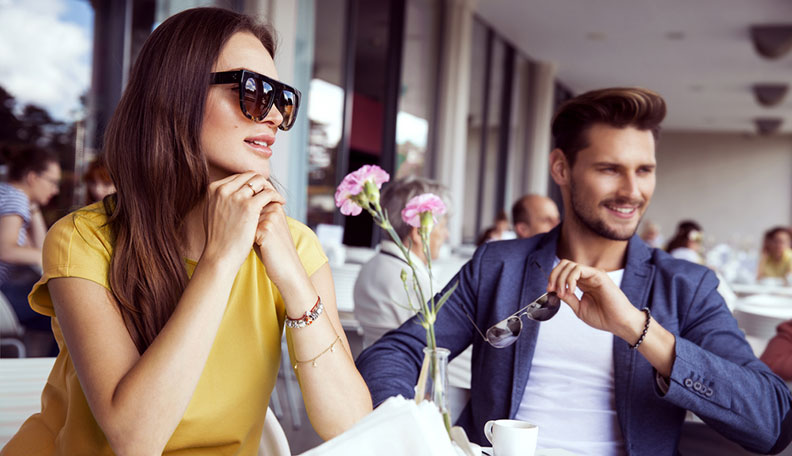 Whoa, malignant narcissist? That’s a pretty heavy name to call somebody, don’t you think? Well, yes, but I promise you that it fits quite well.

What is a malignant narcissist?

A lot of you may be wondering what the heck is a malignant narcissist. Well, you’re in luck because it’s sort of my job to tell you. Like, literally that’s why I’m here.

As quoted by Wikipedia *a great source of information, honestly*:

“Malignant narcissism is a psychological syndrome comprising an extreme mix of narcissism, antisocial behavior, aggression, and sadism. Grandiose, and always ready to raise hostility levels, the malignant narcissist undermines families and organizations in which they are involved, and dehumanizes the people with whom they associate.

So, if I am to understand this correctly, malignant narcissism is an actual disorder. While the argument of whether or not it actually exists is valid, for the sake of this feature, we are going to sit on the side of “it exists.” Personally, I truly believe that being a malignant narcissist is a real thing—whether or not it is characterized as a mental illness is up for discussion. Honestly, it’s not really my business or job to determine that.

It is my business however, to overanalyze things that don’t need analyzing and write about them for the people of the internet. So, hello, welcome, I’ll be here for a while. [Read: Toxic people: 25 early warning signs to watch out for]

How to tell you are dealing with a malignant narcissist

Could I be a malignant narcissist? Maybe. Probably. I take a lot of selfies, so? Whatever forever.

#1 They put you down whenever they can. Any opportunity to put you down, they will. Putting you down increases their superiority complex, and allows them to feel better about themselves. The whole point of being a malignant narcissist is that you believe you are better than everybody else, to be frank. They may even undermine you in a way that feels natural and as if they weren’t even meaning to. [Read: Do these secret signs reveal you’re in a bad relationship?]

#3 Short-tempered. Do you feel like you walk on egg shells when they are around? Yah, probably because you are. Seriously, they turn even the smallest comment into something massive. You might bring up dinner plans and they snap at you for never taking their feelings into account. Cool. Great. Fabulous. You just wanted some eggs rolls, but okay, I guess we’re yelling now.

#4 Turning down plans.  Maybe you were invited to attend an event together, and they say no because they would rather spend time alone *because they love themselves, duh*. Normally, this would be totally fine. I get it, we all need our alone time, but when it is every single time you get invited to go somewhere? Yeah, okay something isn’t quite right here. Anti-social behavior is a huge sign you are dealing with a malignant narcissist.

#5 Holding a grudge against you or someone else. Perhaps they still hold an argument over your head from months ago that you thought you moved past. Well, think again. They bring it up and don’t you dare think they are just going to let that go, because they won’t.

They want the control, because to them, you don’t matter. They are superior to you, and they won’t miss an opportunity to make sure you know it. [Read: How to let go of a relationship that’s bad for you]

#6 Shuts down your personal opinions or others. Basically, your opinions mean nothing to them because they are yours and not their own. You’d better get used to this if you plan on continuing a relationship with this person because this behavior won’t end overnight. It takes time, and they actually need to want to change their behavior. Chances are, they don’t even believe they need to change a thing. Remember this: They can do no wrong.

They will likely turn the tables and start picking out all of your flaws and things that you should change. They are perfect, you’re the one that needs to adjust. Well, according to them anyways. To me, you’re perfect. Okay, maybe I’m not a malignant narcissist. [Read: 16 clear signs you’re in a narcissistic relationship]

#8 They don’t even ask you opinions, because they really don’t care. You’re not actually surprised, are you? They truly don’t care what you have to say, unless, of course, you are complimenting them. In that case, please never stop talking because they clearly need an ego boost. I mean come on, they must be so insecure, wow, wow, wow.

#9 Grandiose gestures are their thing. They act sporadically and irrationally. To win your affections, they may use grandiose gestures such as elaborate date nights or gifts. Buying you a car, or a trip to Europe–something totally insane. Or perhaps they might even propose out of nowhere. [Read: Are they a wolf in sheep’s clothing? Know the warning signs of a psychopath]

#10 They idolize interesting public figures. I once knew a malignant narcissist that had a strange obsession with Hitler. I know a lot of people think that he was an interesting man and had a sick, twisted mind, but to idolize him? I don’t know, man, that just isn’t right.

[Read: How to get out of a toxic relationship with your dignity intact]

Dealing with a malignant narcissist can be quite taxing and exhausting–don’t fret. Notice the signs early and get out while you can. Like, now.