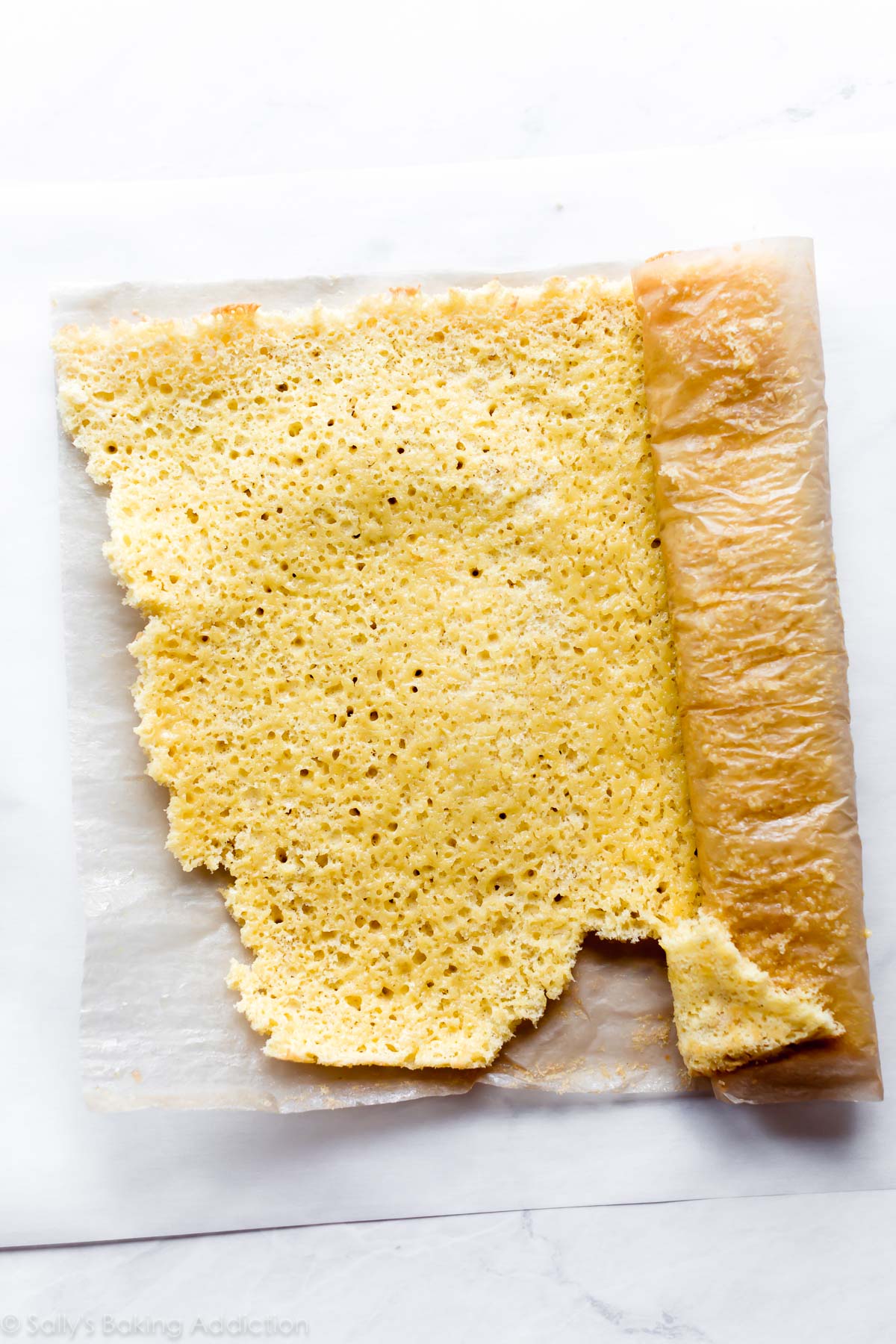 Remember these posts? I launched a recipe testing series in 2018 and haven’t updated it with a new post in over a year! I had some MAJOR recipe testing fails last month, so this is the perfect opportunity for Latest Recipe Testing post #10. Aka all my recipe fails. Lololol

My latest recipe flops are all from one recipe: vertical cake. The pictured slice below was a recipe success and probably the 9th or 10th time I made it. Vertical cake is the August Sally’s Baking Challenge and it was certainly a CHALLENGE (understatement of the year) for me to get this recipe right.

I was inspired to try my own recipe for vertical cake after seeing this beauty by Dan Langan on the Food Network. It’s stunning! A work of art! I knew that I could recreate the same concept in my own kitchen, so I began recipe testing several weeks ago.

Actually the better question would be what DIDN’T go wrong?

Vertical cake requires a certain cake texture in order to hold its shape. The cake must be flexible enough to roll up, but sturdy enough to slice like a layer cake. Turns out that this is a tall order requiring a very specific kind of sponge cake. You need a sturdy, yet light sponge.

A “scrambled egg” sheet cake. I prepared a sponge cake a lot like my strawberries ‘n’ cream cake roll, but used more egg yolks (and flour) so it would be sturdier. I accidentally deflated the sponge cake batter by over-stirring, so the resulting cake was thin, dense, and unsightly. It was too porous, tore easily, and tasted like egg yolks.

The cake crumb wasn’t as eggy, but the batter didn’t yield enough so the cake was extremely thin. I also mixed the batter with too much force (I’m guessing) so the batter deflated. I cooled the sponge cakes as cake rolls anyway, cut into 3 strips as the vertical cake requires, then laughed at how thin it was.

The next cake got a little further along in the vertical cake process:

It was fluffier and lighter and I successfully filled it with whipped cream. However, the cake stuck to the parchment paper, so there were holes everywhere. That’s when I realized I forgot to dust the parchment paper with confectioners’ sugar before inverting the warm cake on top (to roll it up). Ugh.

The next cake made it as far as the decorating step:

But, again, the sponge cake was too light and the entire thing squished when I cut into it. I felt defeated, obviously, but was determined this could eventually work. I took a break to work on a few other recipes then attempted it again a week later. I changed a few things in my base recipe to make it a little more sturdy. I used all-purpose flour and beat the eggs together without separating them first. I used baking powder for added lift and oil to give the cake some fat and extra structure. The recipe proved successful by my 6th attempt! I tested it a few more times, then needed it for photography and filming the video tutorial. (There have been a lot of vertical cake taste testers in and out of this house.)

I published the final vertical cake recipe last week. It’s a delicious vanilla sponge cake that’s light enough to bend and roll, but sturdy enough to hold the delicate shape. For best success, I encourage you to follow the recipe closely. Learn from all my mistakes and avoid making substitutions if you can. If you’re prepared before you begin, read the recipe in full, and carefully follow each instruction, you WILL succeed on your first try.

You can do this.