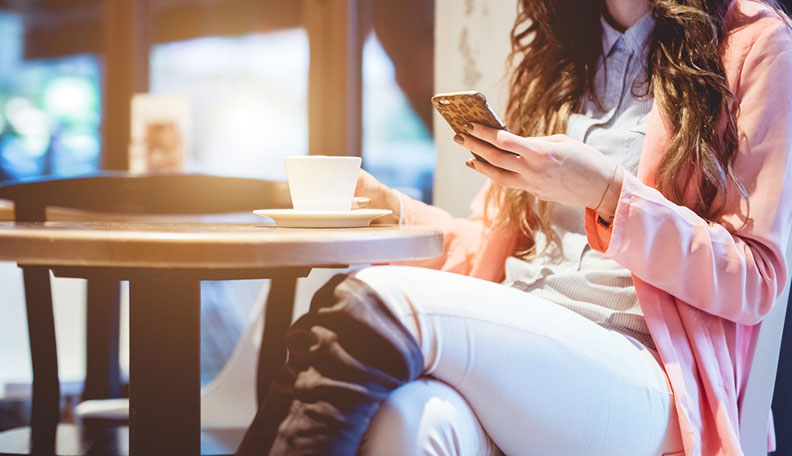 You’re head over heels, but something feels fishy. There are plenty of reasons why, but are they the signs she’s using you for attention?

Listen, I’ve been on both sides of the coin and neither side is a good one to be on. If you feel like something is off in the relationship, like she’s not really in it for the right reasons then figure out what’s going on. It’s time you learned the signs she’s using you for attention.

People need their egos filled, so they drag you along with their insecurities. You can stop this before you get hurt. Let them feed their ego elsewhere. [Read: 10 sure signs the girl you like is just using you]

Love can sometimes, how do I put this nicely, well, love can be a bitch. Sometimes, we feel so deeply for someone that we don’t actually recognize the reality of the relationship. In some cases, we spend hours of our day spending time with someone who actually doesn’t care about us. In fact, the only thing they want is an ego boost.

I know, I know. People can be cruel. To be honest, I’ve done this before. I’ve hung out with a guy who had feelings for me. He never told me, but it was obvious, and I had no intention of dating him. Why did I do it? I liked the attention. But that was in my younger days. I’ve learned from my mistakes, especially when I had it done to me. Get out before you get sucked in.

#1 You don’t really spend time together. I know you may think that grabbing an ice cream is quality time. Listen, it is, but does she then tell you she has to meet up with friends and bails? That’s the difference. You don’t actually spend time together. Instead, she just uses you as a filler until her real plans come through. [Read: How to read a girl and recognize the subtle hints she gives out]

#2 She’s flaky. She may have agreed to hang out with you this weekend, but come Friday night, she has a list of excuses as to why she can’t. Now, sometimes things happen, but if it’s like this every time you try to hang out with her, well, she’s just playing you. If someone wants to see you, they make the time and effort to do so. And if she can’t make the time for you, it’s definitely one of the clearest signs she’s using you for attention and nothing more. [Read: 36 shallow traits of a superficial person]

#3 You haven’t hooked up. So maybe you have seen each other for some time, but nothing is progressing. Sure, you take her out on expensive dates and buy her whatever she wants, but you haven’t landed more than a peck on the cheek a couple months into dating. If this is the case, she uses you for validation and an ego boost. Plus, who doesn’t love free things?

#4 She isn’t clear. You may be asking her if she wants to hang out this weekend or go on a date, but her answers are never direct. Instead, she gives you extremely vague, noncommittal answers. Why? Because if something better comes along, she gladly drops you like a hat. When someone wants to spend genuine time with you, they make a plan and stick to it. [Read: How to spot women who are gold diggers and avoid them]

#5 She has an excuse as to why. Maybe you questioned her motives already, asking her what’s going on between you two. As you should be doing in the first place when you feel that something’s off. But she seems to have an excuse for everything. She’s not ready for a relationship, she’s getting over her ex, it’s not you it’s her. But at the end of the day, she uses you for attention but isn’t interested in you.

#6 She doesn’t advertise that you are dating. There are no photos of you on her Facebook and Instagram. This isn’t because she doesn’t know how to upload them. The truth is, she doesn’t want other people, men specifically, to know that you see each other.

Maybe she already has a boyfriend or husband or she doesn’t think you’re anything more than just sex. If she really saw you as someone to be with, she would be putting it all over social media. [Read: 22 secret signs you’re dating an egomaniac]

#7 She doesn’t care about your opinion. If you have a discussion, she most likely isn’t overly concerned about how you feel about it or the advice you give her. She’s not interested in your emotions or how you feel. What she needs is emotional validation, and you sit there and listen, so it’s good enough for her.

#8 She’s hooked on her phone. It appears that when she’s with you, she can’t stop texting other people. Do you know who she’s texting? No, probably not, but that doesn’t matter. The point is, the time you should be spending with her is spent in other ways, ways that don’t include you. If you’re looking for signs she’s using you for attention, remember this, she’s not investing real time and energy in the relationship, but keeps you around just to pass the time.

#9 She’s interested in only the good things. If you got a raise, a new car, or moved into your own apartment, she’s fully supportive and by your side. But, if you’re sick, lost your job, or spent your money irresponsibly, she’s nowhere to be seen. Now, that is truly a great sign that this girl is not only using you for attention but is an overall shitty person.

#10 She pulls your strings. In order for you to continue in this unhealthy relationship without losing your mind, she rewards you. This is usually very rare, however, it’s the only way to keep you around without noticing. She’ll reward you with little things, but only if you do what she wants you to do. Well, that’s a straight-up red flag if I ever saw one. [Read: 23 secret signs of narcissism most people overlook until it’s too late]

#11 You’ve been warned. If your friends, your parents, heck, even your grandma, warned you then most likely, everyone has seen these signs well up in advanced. You haven’t seen them yet because you’re lovestruck by this attention seeker, but that’s fine. Maybe next time though, don’t be so quick to shake off what other people tell you about their impressions of others.

#12 She only sees you at specific times of the day. It’s weird, but she can only see you on Saturday afternoons between three and four in the afternoon. Of course, she has an excuse as to why this is the only time available.

However, we all know that that’s bullshit. If she only sees you at a specific time of day, it’s because she’s using you for that period of time. Maybe it’s until her boyfriend comes to pick her up or that you’re just a booty call. [Read: 11 signs to know if you’re being used for sex or money]

#13 You feel that she’s not into you. Listen, you knew. You so knew. Of course, you ignored it because you hoped for things to be different and for her to realize that she’s in love with you. But you knew what it was really all about. If it doesn’t feel right to you, and you don’t think she’s into you, you’re right.

[Read: 11 types of girls you should avoid falling for at all costs]

Now that you know the signs she’s using you for attention, it’s time you took a look at your relationship. Does it flow both ways? If not, it’s time to move on.