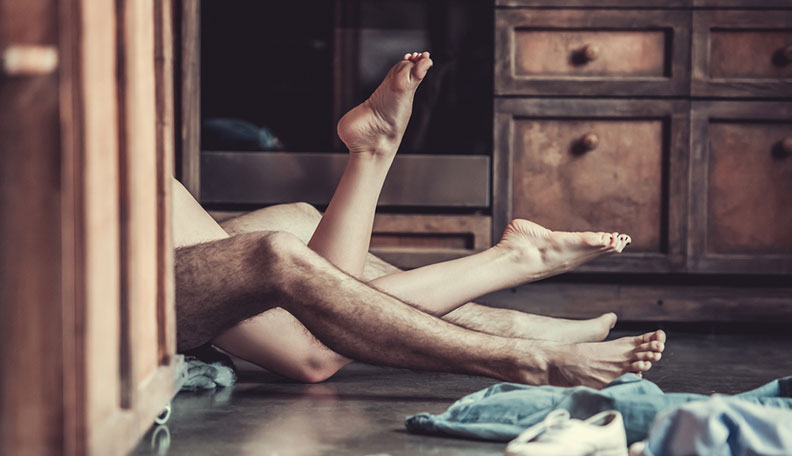 There’s a time and place for hooking up but is having sex with your ex ever something you should go through with? We can help you decide.

Breakups are messy most of the time. You end things and one or both of you is left feeling less than great. That being said, is there ever a time when having sex with your ex should happen? When you find yourself in a situation where it’s possible, you may want to think a little harder about it before doing it.

It’s okay to be on good terms with an ex

There’s really no need to hate each other. But just because you’re on good terms doesn’t mean you should be hopping in to bed together either. Even if you’re still friends, having sex could complicate things and actually make them a lot worse for both of you.

It’s easy to fall into old habits when you’re on good terms but the truth is, you’re not together. You’re both going your separate ways and that should be reflected in the way you treat each other.

Now if you broke up a very long time ago, that’s a different story. When a breakup is fresh, you’ll be tempted to hop back in bed just because you’re still getting along. Resist that urge. [Read: Can you be friends with an ex after a breakup?]

Is having sex with your ex ever a good idea?

In all honesty, there’s a time and place for sleeping with your ex. You could get in bed together and be perfectly fine but you want to make sure that’ll be the case first. Here’s how you can tell whether it’s a good or bad idea.

When it’s a good idea

If you can relate to these, it’ll probably be just fine for you to have fun together. Just remember that while you may be feeling this way, they might not be.

#1 You’ve both moved on. You have to have a real discussion about this. If there are any feelings between you two and you haven’t moved on, sex will only make things worse. That’s why you have to be sure.

But that’s not always easy. They could lie about being over you just to get into bed with you. And you could do the same thing. Be honest with yourself and with your ex in order to have things go smoothly. [Read: 12 foolproof ways to stop thinking about your ex]

#2 You both don’t want a relationship. You have to be in a place in your life where you don’t really want to get attached. Essentially, sex with your ex has to be no strings attached. If you’re still looking for something real with someone, sleeping with them could mess all of that up for you.

#3 They were great in bed. Let’s be real here. When your ex is really great in bed and you just can’t find someone who can compete, it’s tempting to get back with them. The only way this is okay is if you meet the rest of the criteria for it being harmless.

Because no matter how great they were in the sack, still having feelings for them will make everything worse. But if you’re not interested in them romantically anymore, feel free to get it on!

#4 You’re not comfortable with a casual hookup. The thing is, people need sex. We want it really badly but if you’re not in the market for a relationship and aren’t comfortable hooking up with someone you don’t know, your ex may be a safe bet.

Once again, the other criteria has to be in place for this to work. But if it is, then go for it! You’ll feel better and get off with someone who can get the job done.

#5 You talked about it beforehand. It’s not a good idea to just hop into bed in the throes of passion. You need to be on common ground and discuss what’s going to happen and how it might affect the both of you. This might not be easy, but it’s necessary if you want things to go smoothly. [Read: 10 communication techniques to get them to open up]

#6 You have a mutual understanding that it’s just sex. Meaning, one or both of you aren’t going into it thinking anything more than an orgasm will come from sleeping together. It’s just sex. You both don’t want anything else.

This helps avoid misunderstandings afterward. You could run into trouble if they’re thinking sex will get them a free ticket back into your intimate life. So discuss it and make sure it’s very clear.

When you should just skip it altogether

Although it might sound like a good idea, if any of the below ring true, you may want to avoid having sex with your sex.

#1 One or both of you still have feelings for the other. Having romantic feelings and then having sex with your ex is never a good idea. Unless you’ve discussed getting back together and have worked through your issues, it’ll only make things worse.

You can’t talk about a relationship again after you’ve already had sex. If you have feelings for them and they don’t, it’ll really hurt you and vice versa. Just avoid it if there are any lingering feelings at all. [Read: 10 signs that prove you’re still attached to your ex]

#3 The breakup was ugly. Meaning, you two fought a lot and things were said that can’t be taken back. The reason having sex with your ex should be avoided in this instance is simply because emotions are high.

When you have a messy breakup, it means there was passion. That high level of emotion shouldn’t be put back together with that person.

#5 You’re involved with someone else. For obvious reasons, having sex with your ex is a bad idea if you’re intimate with someone else. Not only are you breaking that person’s trust, but you’re putting yourself right in the middle of a messy situation.

Just stay true to that new person and avoid getting together with your ex if you’ve already moved on. It’ll be better for all involved this way. [Read: A guide to make up your mind about whether or not to cheat]

#6 It’s not safe sex. Are you two being safe? If not, then just don’t have sex. There are always consequences to sex. While you may be able to avoid some of those risks, think about what would happen if you didn’t.

Pregnancy is just one of the many risks involved and if you’re not together anymore, do you really want to risk potentially have a child with them? Either keep it safe or don’t do it at all.

[Read: When it’s okay to have sex with your ex and when to steer clear]

Having sex with your ex could be perfectly fine as long as it won’t hurt anyone – including yourselves. Make sure to think it through before going for it or you might end up in more pain than you think.