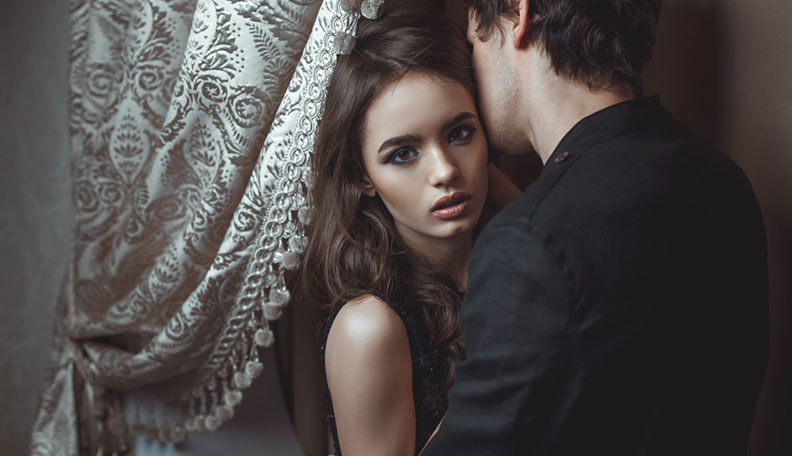 If you are wondering how to treat a boyfriend that takes you for granted, boy, do I have advice for you. I’m here to help you learn from my own mistakes.

So, things aren’t going great if you’re looking for how to treat a boyfriend that takes you for granted. Let me tell you a story about my relationship with my ex. Keep in mind I was much younger and much less wise at this point in my life. So, rather than do what I do, learn from my mistakes.

I had a boyfriend I was crazy about. He was dreamy and tall and everything you want in a boyfriend, or so I thought.

Once things passed the honeymoon stage I had a boyfriend that took me for granted in every which way. I drove him to work and school. I did his homework. I let him vent to me but was ignored if I needed to vent. Then, I dropped everything when he called.

Now, I am not justifying my behavior either. I never should have done all of this for him. He was my boyfriend, not my baby. But, with all of that he never even bought me a coffee. If I got a thank you, it was a miracle. [Read: 16 reasons why you’re always being taken for granted]

In fact, this went on for so long that if I didn’t already start his homework without him asking, he would be upset with me for not prioritizing his work over mine. It got way out of hand. And how did I handle it?

I apologized. I freaking apologized to him for not doing even more without any effort on his part. And that is where my mistakes made an even bigger downfall.

I didn’t stand up for myself. I didn’t see my self-worth. Nor did I look at his behavior and think it was wrong. Instead, I criticized myself for not being better or good enough.

And all of this is exactly how not to treat a boyfriend that takes you for granted. [Read: Are you losing yourself to impress them?]

How NOT to treat a boyfriend that takes you for granted

When it comes to a knowing how to treat a boyfriend that takes you for granted, there is a lot you should not do. Now, it should not be all about your behavior, but his. After all, he is the one taking you for granted.

That probably means you go out of your way for him and put in a lot of effort. Of course, if he is studying for exams or trying to save a family in court, he may have a decent reason.

But, if your boyfriend isn’t a humanitarian or trying to cure a horrible disease, he is taking you for granted and that cannot be tolerated. You deserve to be respected and appreciated.

And in order to get the respect you deserve, this is exactly what you should not do. [Read: How self respect affects you and your relationship]

#1 Ignore him. One thing a lot of people do when they come up against relationship problems, especially something like being taken for granted is to give the cold shoulder. Instead of dealing with it, we just ignore him until he misses us and comes back.

Although this can be effective in the short term, for boyfriends that lack maturity, it only adds to the cycle. Sure, if he takes everything you do for granted and you start ignoring him he will come crying back. But, that will only last so long.

If you just ignore him, you are adding to the problem, not helping. [Read: Understanding the psychology of ignoring some and how to fix it]

#2 Apologize. Never apologize for something you didn’t do. Him taking you for granted is not something you did. Sure, maybe you are a giver. Maybe you like taking care of him, but him not thanking you or putting in effort doesn’t mean what you are doing is wrong.

If he expects you to do what you do for him instead of appreciating it, do not feel bad. I mean feel bad, but at him, not yourself.

#3 Worry you’re the problem. Again this is similar, but rather than apologizing, you fester on this thought that he would appreciate you and do more if you did more. You wonder what you’re doing wrong. Do not do that. If you already are, stop it right now.

I sat in that headspace for far too long, and it killed my self-esteem and eventually my trust in myself. If you are struggling to realize that this is on him and not you, talk to a trusted friend about it. They will ingrain you with the truth. [Read: How to stop feeling ignored by someone you love]

#4 Yell at him. This may seem like the right thing to do. And it will feel good in the moment, but again it only makes things worse. Not only could you end up saying something you regret, but fighting can make him defensive.

Guys do not respond well to heightened emotions like this, and they will focus on the tone of your voice instead of the actual words you want him to hear.

#5 Do more. It is one thing to feel like you need to do more and it is another to actually do it. If he is taking you for granted, but you think if you do that one more thing it will open his eyes, you are wrong.

#6 Ignore this. Rather than ignoring him, ignoring this entire situation will do absolutely nothing but continue this behavior. You may think this is just how you feel and maybe you are overreacting, but I can tell you, you are not.

I used to tell myself it could be worse, and maybe it could be but that doesn’t matter. There is always a relationship that is better or worse than yours, but that does not mean your feelings are invalid. [Read: 15 signs of low self esteem in a woman that can sabotage your life]

How to treat a boyfriend that takes you for granted

Now that you know what to avoid when it comes to knowing how to treat a boyfriend that takes you for granted, I can tell you what you should do.

It took me far too long to make these choices and take action. I don’t want you to fall down the same path I did. So take this advice and please apply it to your situation. This is how to treat a boyfriend that takes you for granted.

#1 Talk to him calmly. The only way anything gets properly resolved in a relationship is to discuss it. And when you discuss it calmly, the effect will be a lot more obvious and swift.

They will promise they appreciate you and expect this discussion to be over and for you to feel better. I have been there and you feel sort of mowed down in that moment. He is practically saying you feel that way but it is not my fault. [Read: Why you should never make someone a priority when you’re only an option in their life!]

#2 Use “I” messages. The “I” message is the best way to get your point across without him being able to make excuses or claim he isn’t making you feel that way. Instead of accusing him of ignoring all you do or not keeping up with his half of housework or whatever it may be, let him know solely how you feel.

Tell him you feel under-appreciated when he doesn’t thank you for making dinner. Let him know you feel like the relationship is unbalanced when you go out of your way to help him, but he breaks his promises to you.

Focus more on your feelings than his behavior. If he is worth it and wants to change, he will want to make these feelings better regardless of if he is to blame. [Read: How to stand up for yourself in a relationship without being run over]

#3 Be firm. Stand your ground and do not waiver. Guys can be very charming and very manipulative. Make it clear to him that this is not just one conversation but part of a larger problem. Let him know this won’t be resolved overnight and that you need to see changes moving forward.

Remind yourself that what he says matters, but his actions speak louder.

#4 Tell him the changes you want to see. Explain that you can’t do certain things for him anymore or that you expect him to do more for you. Maybe all you need is a thank you from him. Do not expect him to read your mind and know how to change.

He will need guidance, and you will need patience.

#5 Wait for change. Depending on how long this has been going on, this could be a hard habit to break. If you want it to work out, and he seems genuine about doing better, you will need to give him time.

His behavior will not flip right away. Sure the first week fresh off this conversation could be great, but it is easy to fall back into old ways. So, not only do you need to let him change, but if you said you wouldn’t do his laundry anymore, live up to that.

As a caring person, it can be hard to stop doing all the things that come naturally, but if you said you wouldn’t do them you need to live up to that, at least until his behavior gets better. [Read: How to stop being codependent have a healthy relationship]

#6 Dump him. This is a hard pill to swallow, but a lot of the time it is necessary. After a long time struggling with feeling inadequate in my relationship, it ended up coming to this.

He knew how I felt, but the behavior just didn’t change. I couldn’t keep my end of the bargain. I couldn’t stop doing things for him as long as he was around. So for the sake of my future and emotional health, I told him it was over.

I said that it wasn’t healthy how I thrived on caring for him even though I never got the respect or appreciation I deserved. And I told him that it wasn’t right that I would leave other important people in my life to be with him or just give him a ride to friend’s house.

I had to put myself first. It was the best decision I ever made.

[Read: How to take care of and empower yourself as a woman]