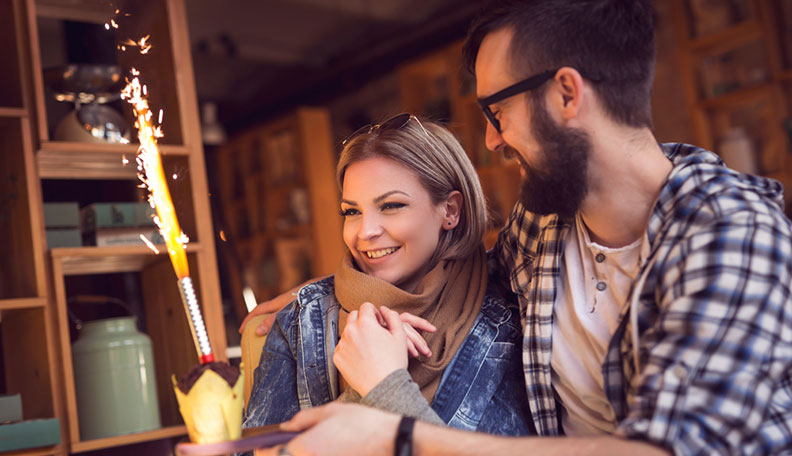 Love bombing is a way people manipulate others and use love as a means to their end. Know the signs before you fall prey to the misery of the love bombed.

Like most of the features I write, I have to look up what the word means. This week, it is “love bombing.” It isn’t that I don’t know what love bombing is, it is just that someone finally put a catch phrase to it. It has been around for probably about as long as love has, so always.

But, if you are being love bombed, let me finally put a name to the practice so you can stop feeling crazy!

How can you tell if you are the victim of a love bomb?

Typically, the person you start to date can’t get enough of you. They send you lavish praise and gifts and want to spend every waking moment making you feel good and fulfilled. Once they have you, they can’t be bothered with your existence, which leaves you an empty shell, no pun intended, for them to use and abuse.

What is love bombing?

Love bombing is a tactic that can be both intentional and unintentional. Many predators use it to find victims on the internet and reel them in to take advantage. While others have personality disorders that drive them to gain power and dominance, like a sociopath or narcissist. The result is the same for the victim. They are left damaged, bottomed out, broken both inside and sometimes out, and with very little self-esteem left. [Read: 16 signs your lover is messing with your mind]

It is difficult to get out from under someone who uses love as a bomb to keep you manipulated and under their thumb, which is why it is important to see the red flags and not succumb to their manipulation. If you get that eerie feeling that something isn’t right, always listen. It is your guardian angel telling you to proceed with caution.

6 signs of an incoming love bombing

Although dubbed by the New York Post as the newest “dangerous dating trend,” love bombing is nothing new. It is a manipulative tactic in a relationship where someone showers you with all the attention and love you can possibly imagine, and just when you find yourself returning the feelings, they use it against you.

#1 They are self-disclosed right up front. Someone love bombing you lets you into their personal world way too quickly. When we start dating, we usually keep certain personal things under lock and key. Keeping our distance is a way to stop ourselves from being vulnerable.

Someone set on love bombing you will seemingly let you into every aspect of their world, real or fake, to have you feel like you have a special and strong bond even before it is possible.

If they tell you intimate details you are likely to do the same. Bam, they have all the ammo they need to manipulate you going forward. If they are into TMI territory too quickly, that is a red flag. [Read: 22 secret signs you’re dating someone who likes themselves more than you]

Not just about playing hard to get, most people don’t want to seem too eager or go overboard. A love bomber pretends they simply can’t hold back. They must have you. So, if they come on too strong or are too infatuated, they convince you that it is just that they can’t help themselves. They just know you are the one they can’t live without.

Their infatuation for you isn’t creepy like it sounds. It makes you feel like you are so impressive and awesome they can’t help themselves.

#3 They talk about bringing you home to their family and a future on the second date. Most people who enter into relationships do so with caution. You don’t want to freak someone out by telling them you see a future with them or your kids will be amazingly hot.

They proceed in a normal way, taking steps that seem logical. If someone is love bombing you, there are no steps or stages. Right up front, they want to introduce you to mom and dad. They talk about where you’ll get married and raise kids.

Getting you caught up in the idea of being in love instantly is super engaging and puts those who are the victim of love bombing vulnerable by design. [Read: All the speedy signs your relationship is moving way too fast]

#4 They make you feel like you are super special. Sure, you have had people tell you you are hot before, but the love bomber can’t say enough nice things about you or to you. They shower you with compliments and adore your every move.

They love your coming and going. They even love that stupid little noise you make when you sleep at night. Everything annoying to others in the past is just as cute as can be to the love bomber.

I am sorry to break it to you, if it annoys everyone else, they don’t find your idiosyncrasies cute. They just manipulate you to get you on the hook.

#5 They make you wonder how they weren’t taken already. When love bombing you, they are so kind and generous and loving you can’t help but wonder why they haven’t been snatched up before. That is the whole gig. They want you to think they are highly desirable, but the good news is they only want you.

They work hard to make you believe there is something so spectacular about you that they are overcome and wouldn’t normally be so obsessive. What you usually find is a long list of victims in their past. Unfortunately, you don’t find that out until you are already sucked in and questioning everything. [Read: 20 signs you need to throw in the towel and break up with them]

#6 They talk about things like soulmates. Okay, I am not going to go into the whole debate about whether there is truly just one person out there for everyone. I don’t know if there are truly soulmates, but what I will tell you is that if someone comes on super strong and is telling you on the second date that they must have you and have found their soulmate, then that red flag is so red, it is almost purple.

If there is such a thing as a soulmate, it isn’t about infatuation. It is about a mutual feeling that this is meant to be. If they convince you that things are meant to be, and you don’t feel it instantly too, question the whole thing!

Love bombing might be a new name, but it is an old practice. A way to manipulate people, someone who love bombs comes on way too strong to get you to trust them and let your guard down. Just when they have you under their wiles, they can’t be bothered with you.

[Read: How to recognize and end the toxic relationships before they break your heart]

Just a manipulative tactic to feed whatever sick need they have, don’t fall prey to love bombing by knowing what it looks like.