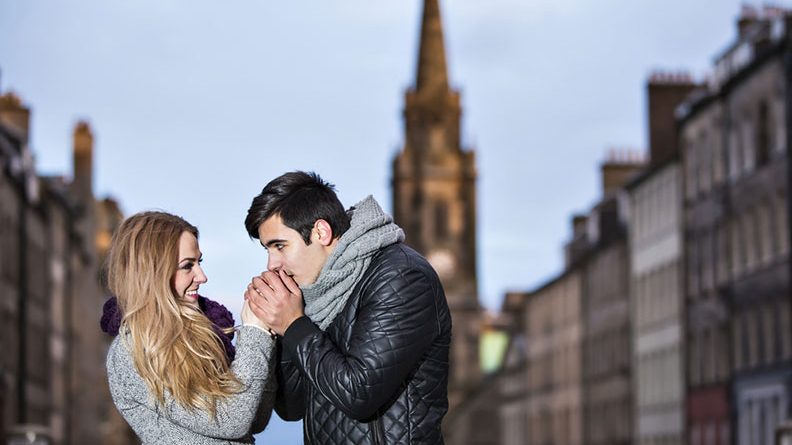 Are you feeling like more of a welcome mat than a partner? Maybe it’s time to learn how to make your boyfriend realize your importance once again.

If your relationship has you in a place asking how to make your boyfriend realize your importance, he isn’t the person for you. Now, I know you’re not going to dump him right now. It’s hard and you probably don’t want to lose him. I totally get it.

So, you’ll stay with him for a while until you realize it’s enough. In the meantime, try out these different ways to make your boyfriend realize your importance. And you know, maybe he will open his eyes and realize the mistakes he made. But if not, don’t wait around for the lightbulb to switch in his head. [Read: 13 hints to make a guy realize he’s losing you]

How to make your boyfriend realize your importance

You know, I want to tell you that there’s a secret formula to follow and everything will be okay with you and your guy. But there’s not. With my ex, I did everything I could to make him happy, even at the expense of my own happiness.

[Read: The step-by-step guide for how to break up with the guy who doesn’t want to]

And there were moments where I thought, “He’s not respecting or appreciating me.” But at the same time, I was insecure. Sure, my friends and family pressured me to break up with him, but I was stubborn.

I didn’t want to lose him. I didn’t think I would be able to find anyone else after him. Which, you should know, is complete crap.

It’s amazing how our insecurities will keep us in situations that we know aren’t right. But I think everyone needs their own time to come to terms with these things.

Who knew love would be so hard?

#1 Realize your worth. This is really the problem when it comes to knowing how to make your boyfriend realize your importance. You don’t respect yourself or see your worth. If you did, you would never let someone treat you like this.

#2 Don’t be passive aggressive. It’s hard to confront someone on a topic like this. It takes a lot of courage, but it’s something you need to do. Do not act passive-aggressively, trying to drop subtle hints. Obviously, he’s not getting it. Just be open and honest with him. You can’t beat around the bush when it comes to your feelings.

#3 Talk to him about this. The only way you can make progress is if you talk to him about how you’re feeling. You’re not just someone who keeps him warm at night; you’re a human being. So, you have to communicate. Express to him how you’re feeling and be specific. It’s the only way he’ll see what you’re going through. [Read: 10 steps to take to tell you’re partner you’re unhappy]

#4 Don’t only focus on the negative. When you’re talking to him, you’re going to be mentioning a lot of negative things – which is normal. You’re feeling lonely and disrespected. But also mention that you want the relationship to work, this is why you’re talking to him. If you want to know how to make your boyfriend realize your importance, show him that you’re willing to work on things if he meets you half-way.

#5 Show him your trust. Men can pull away if they don’t feel they’re trusted in a relationship. Maybe he knows some of his actions aren’t right, but he’s worried bringing it up will start a fight. You need to show him you trust him. By talking to him about your feelings, this is a sign for him that you trust him.

#6 Make time for each other. Spend more alone time together. If you live together, he may have just gotten too comfortable and stopped putting effort into some things. But this is the moment where you both step it up. Agree on a day of the week where it’s date night, and do something together.

#7 Be independent. He needs to see that you have a life outside of him. It’s healthy to spend time apart from each other, seeing friends and family. So, don’t hesitate to go out with your girls on a Friday night to a bar. If you feel he’s treating you as someone less important, going out is crucial for him to realize you don’t need him. [Read: Feeling used by a guy? How to read the signs and do the right thing]

#8 Pull back on doing everything. One reason many women feel like this is because they take on most of the chores. If you’re always cooking, cleaning, and doing his laundry, what is there left for him to do? You need to pull back on the things you always do for him. It’s time for him to do some work.

#10 Speak up when you’re not pleased. Many women will bite their tongue and stay silent on issues that really bother them. But this isn’t something you should be doing. If you’re not happy with something he did, then you need to speak up.

Otherwise, he’ll never learn how you feel, and he won’t change his behavior. Yes, choose your battles, but don’t become a doormat. [Read: How to know if your partner is truly supportive of you]

#11 Put yourself first. You haven’t been doing this, because if you did, you wouldn’t be reading about how to make your boyfriend realize your importance. You need to put yourself first. That’s right. He’s second; you’re number one. Spend time practicing self-care, and do things that make you happy. Yes, you’ll need to compromise sometimes, that’s normal. But you should never let yourself take the backseat.

#12 Give him some space. Sometimes when we’re around our partner too much, everything becomes blurry. We stop date nights, getting dressed up, having sex. And these are a big part of keeping the flame in a relationship. So, it’s okay to give him some space from time to time. Let him miss you. [Read: When your boyfriend ignores you – Why he does it and how to respond]

#14 Quit making excuses. If he screws up, he screws up. There’s no excuse for his behavior. And I know you have a reason for everything, but you can’t use excuses to mask his poor behavior. If he hurt you, he hurt you. Do not tolerate his crappy behavior; he needs to know he screwed up. Or else he’ll never learn. [Read: How to set boundaries in your relationship for a healthy love]

#15 If there’s no change, leave. You read this correctly. Listen, if he’s not making any change after you’ve sat down with him a couple of times and expressed how you feel, leave. He’s not bringing anything to the relationship or to your life. And you’re going to waste your time on a guy who doesn’t care about you.

At the end of the day, you can’t really make someone realize your importance. If they don’t see it on their own, they’ll never fully appreciate you. 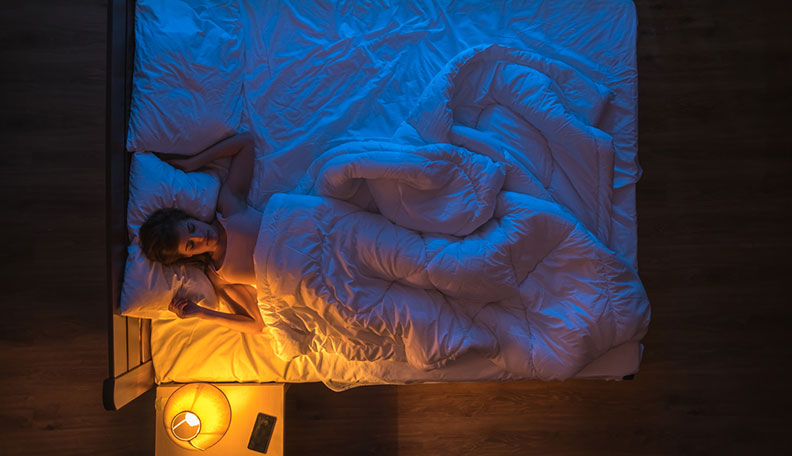 No matter how long you have been with your partner, something doesn’t feel right in your relationship. Does this... read more 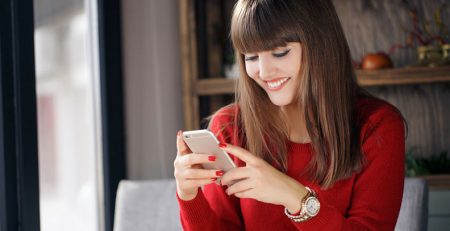 How to Start a Conversation with a Girl over Text: 15 Smooth Steps 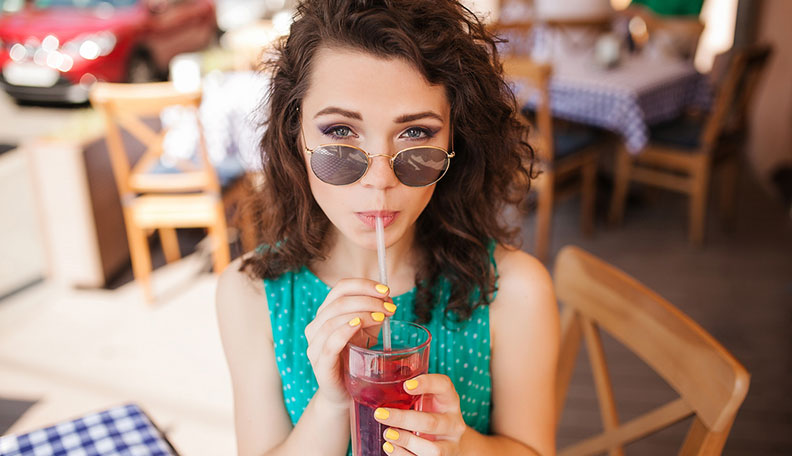 You may like her, but what you need to know is if she likes you. Not sure how to... read more 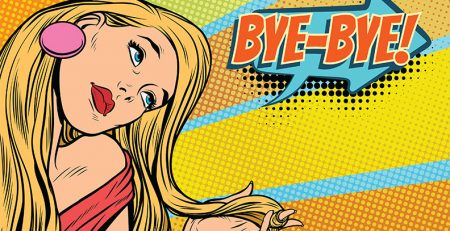 He Chose Her Over You? Here’s Why You Shouldn’t Worry About It

He chose her over you? Is that a reflection on your character? Hell no! There really is someone out... read more 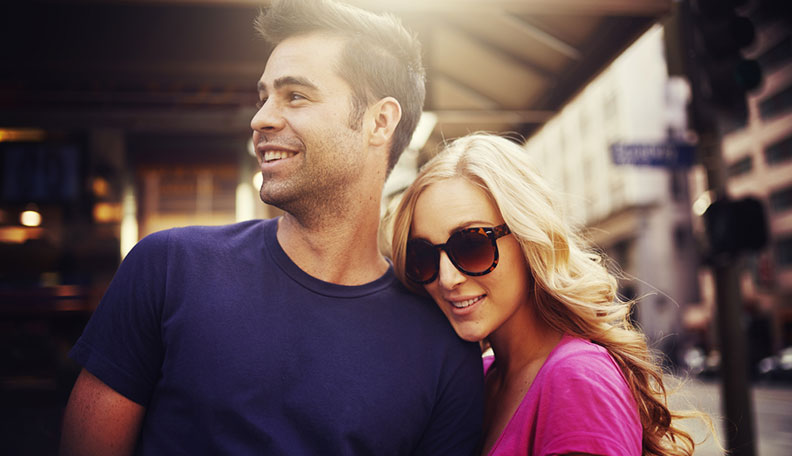 Why Something Feels Off in Your Relationship: Sniff Out the Cause

All relationships have phases of happiness and ruts, but if you’re asking yourself why something feels off in your... read more 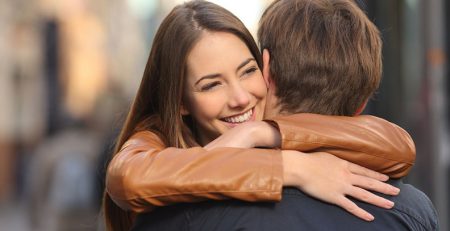 Romantic Hug vs Friendly Hug: How to Feel the Difference Instantly

Hugs seem like a simple act of closeness, but they can be misconstrued and misinterpreted if you’re not careful.... read more 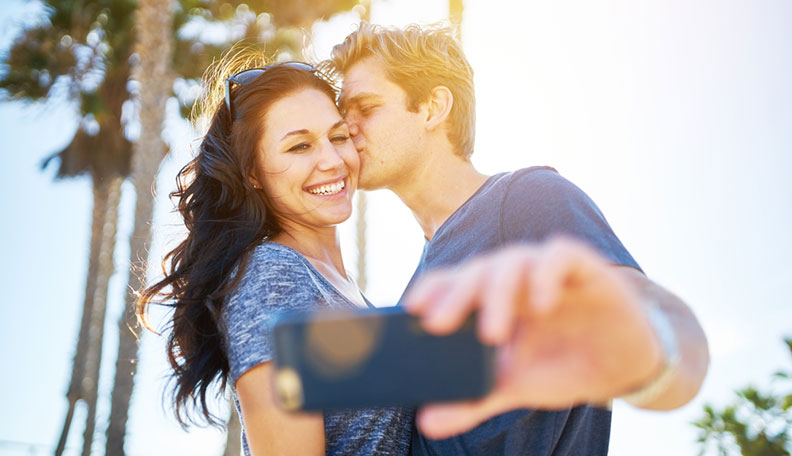 Measuring Up: Does Height Really Matter in a Relationship?

Worried and wondering does height really matter in a relationship? If so, you are uncomfortable and need to decide... read more 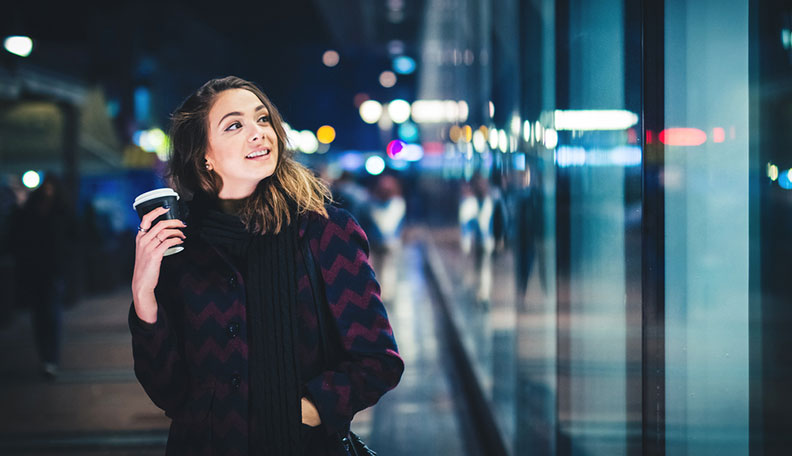 When it comes to being introverted, we can all benefit from knowing how to make more friends. If this... read more