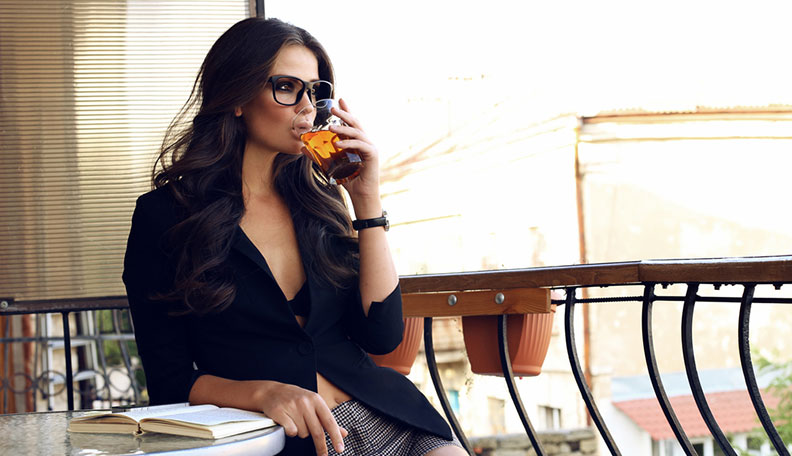 You’ve secretly drooled over him, but now it’s time the tables turned. Learn how to make him want you sexually. What’s the trick? Keep reading.

I was always more like the girl that was called “one of the guys.” But then something happened, and one of my male friends ended up being into me. It was a big step for me. So, if you’re thinking to yourself, yeah, but that will never happen to me. It can happen, and it will. You just need to use these tips to understand how to make him want you sexually the next time you’re near a guy you want.

You have no idea how many years I’ve spent gawking over guys who wouldn’t even look at me. Literally, they paid more attention to the trees around me. But back then, I wasn’t really what you would say attractive. I was cute, that’s for sure, but I wasn’t the girl all the guys were staring at.

How to make him want you sexually

When we like a guy, we like them hard. We day-dream about them, spend our nights texting our friends, and creeping their social media *don’t act like you don’t do it*. But that doesn’t get us anywhere. I mean, talking to your friends about him may end up with him finding out through someone.

[Read: How to get guys to like you without compromising who you are]

The chances are he has no idea you like him. Unless you’re like me and eye stalk them until you get dizzy. What can I say, I’m one talented and highly invested woman when it comes to men. But at some point, something needs to happen. Actually, at this point, anything needs to happen.

Now, follow these 13 tricks for how to make him want you sexually. Voila, it’s his turn to want you.

#1 You can make the first move. There’s this idea that women should wait around for men to make the first move, but screw that. Why don’t you go up to him and ask him out? Or be the first one to make a flirtatious comment? You don’t need to wait for him to want you, show him that you want him and see what happens. [Read: 30 subtle, obvious and ridiculously sexy flirting tips for women]

#2 Be a tease. Men like to chase; they’re like dogs. Think of yourself as the ball. You just can’t sit there and wait, make him run a bit after you. If you want to make him think of you sexually, you’ll need to tease him and play with his ego *gently, of course*. [Read: How to tease a man and make him desire you]

#3 Show off your personality. Girl, you have a shining personality, and he needs to see it. Yes, men are visual and get turned on by the female body, but personality can also take you a long way. I don’t have large breasts or a big ass, but I do just fine with men. Why? Because I’m friendly, open, and talkative. I make men feel relaxed and comfortable around me.

#4 But do let him look. As I said, men are visual. They get turned on by what they see. This doesn’t mean you need to dress up in heels and a short skirt though. If he’s checking you out, don’t hide yourself. If you want him to want you sexually, then let him take you all in with his eyes.

#5 Flirt. If you want to make him want you, you’re going to need to create a spark. This is where flirting comes into play. Flirting is what you do to create sexual tension between two people. And once you have chemistry, that’s where he starts to see you as something more than just a friend. [Read: 13 lusty signs of sexual attraction to keep an eye on]

#6 Be touchy. Now, don’t throw yourself on him. It’s too much and can be a huge turn-off. But when you’re talking to him or when he’s making a joke, don’t be afraid to touch him. You can lightly touch his arm, shoulder, or his leg. Mix the physical contact with flirting, and you have a deadly combination.

#7 Play a little hard to get. Now, he’s not climbing Mount Everest, so, you don’t need to be that hard to get. But you should make him work for it. If you’re too available, it won’t hold the same significance for him than if you were a challenge. He needs to know you’re worth it, and by making him work a little hard, he’ll see it.

#8 Use your eyes. Eye contact is huge, and people often ignore their importance. But in reality, we use our eyes to communicate with people every day. Be flirtatious with your eyes. Hold the contact for a little longer than normal; it’ll show him that you’re interested in him. [Read: How to master the art of eye fucking and get them to eye fuck you back]

#9 Don’t show too much skin. Of course, if you like showing skin then that’s fine, but sometimes showing less skin can be more sexually arousing for men. You’re not giving him everything he wants right there. He needs to use his imagination which builds up the sexual tension.

#10 Find common interests. If you want him to be sexually into you, see if you have things in common. Being sexually interested in someone is more than just the sex, it’s usually much deeper than that. Laugh together, have a deep conversation, and build a connection. People don’t usually have sex first and then get to know each other. It’s usually the other way around.

#11 Show him you have options. Don’t treat him like he’s the only guy who wants you because we all know that’s not true. He needs to see that other guys want you too. Once he notices that there’s competition, he’ll try harder to get your attention, and that will only make him want you more.

#12 Show confidence. Do you know what’s sexy? A woman with confidence. I swear, you could be wearing a potato sack, but if you wear it with confidence, there’s no way you won’t catch his eye. Confidence is key when it comes to making a man want you sexually. Own it, girl! [Read: 10 subtle body language moves to appear more confident]

#13 Reward him. This doesn’t mean you must sleep with him right away. But you can reward him by letting him take you out on a date, for example. Don’t worry, the sex will come. But if you want something serious, I wouldn’t rush into it just yet.

Understanding how to make him want you sexually is far from impossible. Just master the right moves to catch his attention with these tips the next time you see him.

PREVIOUS15 Signs He’s Ready for a Relationship & Few Subtle Hints He’s Not
NEXTHow to Know if Your Boyfriend Is Cheating on You: 16 Sneaky Signs