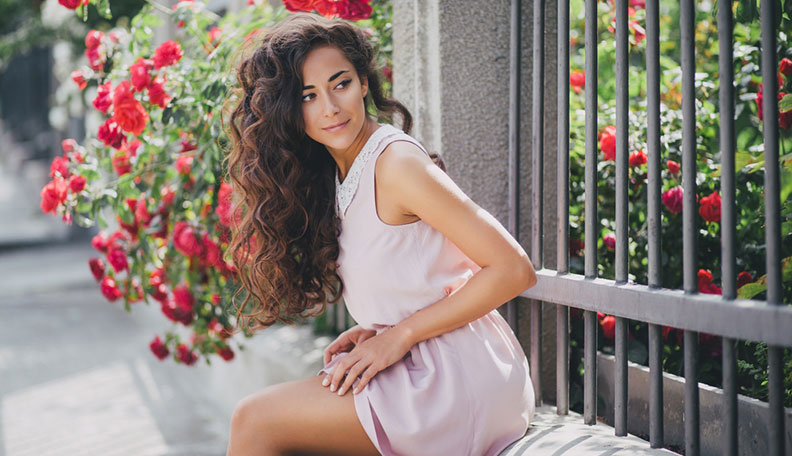 No one wants to be cheated on. While it hurts to find out, sooner is always better. But, first, learn how to know if your boyfriend is cheating on you.

Figuring out how to know if your boyfriend is cheating on you is a hard lesson to learn. I remember the first time I was cheated on. My boyfriend and best friend went behind my back and hooked up. The worst part was my best friend was also my neighbor. I couldn’t escape them. Whenever they went into the backyard or had people over, I heard them together from my bedroom.

As you can imagine, it wasn’t easy to get over. But, with time, my feelings slowly faded away, and I moved on. But I didn’t know he was cheating on me until someone told me.

I was pretty shocked when I found out. How could that happen? How could I have not seen this? And the thing is that the signs were there, but I wasn’t paying attention. [Read: The glaring signs you’re dating someone who is cheating on you]

How to know if your boyfriend is cheating on you

And why would I have paid attention to the signs? I thought he liked me and wanted to be with me. I didn’t think I had to watch every little thing he did. Now, don’t start creating a puzzle of all the little actions he does, but be alert.

I’m not saying he’s a bad person, but if you’re here, you suspect something’s going on. Now, it doesn’t necessarily mean he’s cheating. There are many reasons why people change their behavior. But, if he’s showing these signs, then there’s a chance he’s not being faithful. Before you accuse him of anything, let’s look at the signs.

Ladies, it’s time to learn how to know if your boyfriend is cheating on you.

#1 He’s always on his phone. When he’s around you, he’s mostly on his phone. He was never this addicted to his phone, but something changed. Well, we all know what that means. The only reason why you check your phone all the time is that you’re talking to someone you’re interested in.

#1 They protect their privacy intensely. We all have things on our phone we may not want our partner to see. Like those 100 selfies you took or your addiction to teen vampire fandom chatrooms. For most of us, it would not be the end of the world if our partner discovered these things.

But, for someone who cheats, they will guard their phone with their life. They take it to the bathroom, closet, really anywhere. They never leave you alone with it. Sure, some people are just like that I guess, but if they went from being fine with you borrowing their phone to keeping it too close, something is up. [Read: The cell phone rules to follow to build trust in your relationship]

#2 He changes his self-image suddenly. He never used to care about dressing nicely, but now he spends more time than you in the bathroom. He makes sure he’s dressed well, his hair is groomed, and his shoes are clean. A sudden change in appearance is an obvious sign he’s trying to impress someone, and that someone isn’t you.

#3 He’s active on a particular girl’s social media. You noticed he likes a lot of photos of a couple of particular women. He’ll comment or ‘like’ them. What’s more alarming is these women are from your area. Weird, right? When you question him on who these women are, he quickly denies everything.

#4 Your sex life has changed. You used to have a regular and intimate sex life, but things have changed. You aren’t having sex as often, and it’s not because you don’t want to. He’s not initiating anything. When you try, he gives you a list of excuses or gives you half-ass sex. He’s sleeping with someone else. [Read: 18 ingenious ways to catch a cheater red handed]

#5 He hangs out with his friends more. If you’re wondering how to know if your boyfriend is cheating on you, pay attention to his friends, especially the “new” ones. Is he hanging out with some new friends all of a sudden? More importantly, are these friends you haven’t even met?

Suddenly, he’s connecting with a new group of friends and excluding you from the group. He doesn’t want you to meet them because these are the friends he spends time with when he’s screwing around. Or worse, there are no new friends and he’s just lying to get away from you and spend time with her.

#6 He freaks out when you go near his phone. He was never that possessive over his phone. He would let you use his phone whenever you needed to, and trust was never an issue. But now, if you touch his phone he freaks out at you or uses any excuse to get his phone out of your hands. Weird, right? Well, there’s probably something on it he doesn’t want you to see.

#7 There’s a quiet distance between you. You’ve noticed a growing distance between the two of you. You’re trying to close the gap, but he pushes you away. If he was truly invested in the relationship, there wouldn’t be a gap. However, because he’s being shady behind your back, he feels guilty and is closing himself off from you. [Read: The clearest signs you can’t trust the guy you’re dating]

#10 He lies. Recently, you’ve caught him lying to you. Maybe you found a condom wrapper or women’s underwear which isn’t yours. Of course, you probably questioned him about it, and he gave you some horrible excuses. He’s not going to tell you what he’s doing to your face because he’s a coward. So, he’ll lie to you instead. [Read: The clear signs he’s avoiding you and has something on his mind]

#11 He’s working “late.” All of a sudden, his job requires him to work late. This never happened before, but now, he’s spending more and more time away from home. Now, in most cases, the job will ask him to work late. But, if this sign is matched with others on this list, then there’s a different reason why he’s not coming home.

#12 Sudden lack of money. He used to always have some money on the side to do things, but he’s suddenly broke. He never has money to go out with you and relies on you to pay for everything. But why? Well, he’s spending his money on another woman, that’s why. [Read: 20 veiled signs your boyfriend is cheating on you already]

#13 He developed a short temper. He was never someone known for snapping or having a short temper. But recently, he’s been snappy with you. If you ask him a question, he’ll freak out at you for no reason. He can’t handle what’s happening, so he decides to take it out on you.

#14 Not wanting to make the relationship official. Now, if you’re pondering over how to know if your boyfriend is cheating on you, I’ll make this clear – this doesn’t mean he’s cheating on you if this is the only sign. Sure, it could mean he doesn’t want to look taken, but cheating is a far jump to conclusions. Though, if you pair this with other signs on this list, then it looks like he has other women in his life.

#15 He accuses you of cheating. This is my favorite one. Cheaters usually become highly suspicious of their partners because they’re worried about getting caught. So they accuse you of cheating when in reality they are the ones going behind your back with someone else. [Read: The 13 things cheaters say when you confront them]

#16 You feel it. What can I say, ladies, we have a gift. And this is the gift of intuition. If you have a gut feeling that something shady is going on behind your back, you’re probably right. Now, naturally, confirm that feeling with some evidence. But that feeling in your stomach is a great sign that something isn’t right in the relationship.

[Read: How to tap into the powerhouse of divine feminine energy]

The truth sometimes hurts. But it’s best you know now rather than later. Now figuring out how to know if you boyfriend is cheating on you is as simple as learning these signs.

PREVIOUSHow to Make Him Want You Sexually: 13 of the Hottest Tricks
NEXT10 Strong Signs Your Ex Is Over You & It’s Time For You To Move On