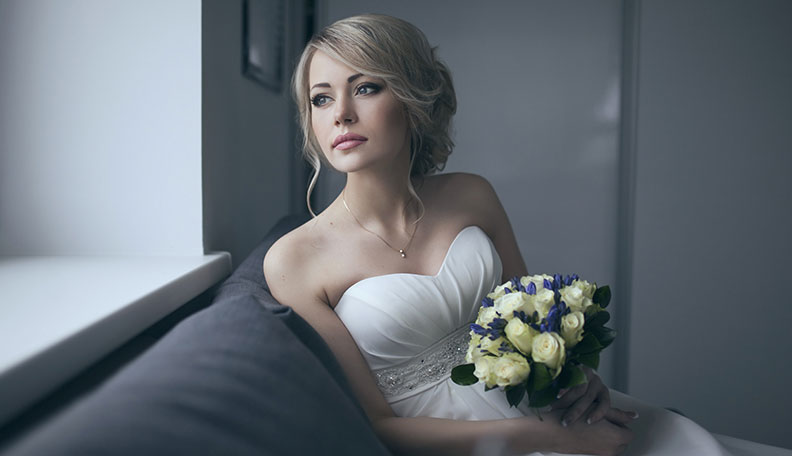 Getting married isn’t for everyone. If you find yourself wondering how to know if marriage is for me, you came to the right place.

Marriage is a big commitment that society has pressured a lot of people into. It can be lovely and sacred for those who choose it as their path, but it isn’t for everyone and that is okay. If you’ve been wondering how to know if marriage is for me, I’m here to help.

Just like monogamy isn’t for everyone, marriage isn’t either. Although pop culture, society, and probably your parents would like to tell you there is something wrong with you if you don’t want to get married, there isn’t.

Who is marriage for?

Marriage is for people that want to be married. Simple, but it is true.

Marriage is for people who believe in marriage. It is for people that want to spend their lives together and are willing to work through the ups and downs together.

Sure, sometimes it doesn’t work out, but that is the way of life. Things don’t always work out. You may even get to the end of this article and think you never want to get married. And in 10 years, meet the love of your life and feel differently.

Is marriage a good idea or a bad idea?

From someone who has never been married but has seen happily married couples, miserably married couples, and divorced couples, I can tell you that marriage has every possibility and potential to be amazing. It can lead to a stronger relationship and a happy family.

Is it a trap and overrated? Is it important or worth it? All of these depend on who you ask. Someone who went through a bitter divorce may tell you to avoid marriage at all costs. Someone who has been happily married for years might say it was the best thing that ever happened to them.

Recommending marriage isn’t like recommending a car or a television. It is so unique. What is so great about one marriage can be so dysfunctional about another.

What makes one marriage so happy can tear another apart. There are no sure things when it comes to marriage.

Who is marriage for?

We can hope that, if entered into for the right reasons, two people who are willing to put the effort in to keep it going will be happy for the rest of their lives.

I don’t want to get all sappy, but marriage is for the people who respect marriage and want it to work out. I can’t say if you get married you’ll love it or you’ll hate it, neither can anyone else, although they’ll try.

Maybe your grumpy uncle will tell you to never settle down and get married, but your best friend tells you it’s made him happier than ever before.

If you’re considering the idea of marriage and wondering if marriage is for you, you need to remember that everything you hear about marriage depends on the people, their experiences and the circumstances.

How to know if marriage is for me?

If you love someone and want to spend the rest of your life with them, marriage may be for you. But, you can do those things without the label of marriage.

That is a personal question for you and your partner to answer. You can be together your whole lives without the rings or the ceremony or the license.

Or maybe you don’t think marriage is for you because you don’t want to settle down and monogamy isn’t for you. That’s cool too.

Even if you think you never want to get married, that could change. Or maybe you love the idea of marriage and have been planning your wedding since you knew what it was, but decide it isn’t for you later on.

But, one thing I can say is that label or not, relationships are hard work. If you are willing to put the work into a relationship to sustain it for the rest of your lives, you are making the same commitment in your own eyes.

For some, that commitment needs to be made in front of God, friends, family, a priest, and a crying flower girl, while for others that commitment being stated on the couch in their home is enough.

Personally, I’ve seen a hard marriage play out before my eyes. It taught me a lot about what a marriage and a relationship require. It taught me about family and sacrifice.

For me, that pain and experience didn’t sour the idea of marriage but strengthened it. Making that commitment in front of your most loved friends and family is a celebration. It isn’t about religion or paperwork but a celebration of the next step of a relationship and a commitment to keep moving forward together.

Maybe I’ve been influence by tradition, the patriarchy, and society, but I’m excited for a ring and a dress and photos of a momentous night that I can look back on for years to come.

I am a private person. Although when the time comes, I want a small wedding, sharing my love for my future husband in front of the people that are most important to us feels like a dream. It feels like something I’d be lucky to have the opportunity to do.

And then living our lives as husband and wife together for better or worse is what I want. I want to be there for him when he needs me. I want to come home to him after a bad day. And I want him to complain about the taxes and snore. I see all the good and the bad as better with him.

Sure, being able to refer to him as my husband is a big dream in my little girl rom-com fantasy, but what’s wrong with that? Nothing.

But, that is just one woman’s take on marriage before actually having been in it. You don’t have to have those same feelings.

Maybe for you, marriage is about coming together before God or linking yourself to this other person. Or maybe marriage to you reminds you of your parents’ divorce or being trapped in something that has no end.

It is all okay.

So, we’re back to wondering how to know if marriage is for me. Decide what marriage means to you and go from there. And never say never one way or the other. Because you never really know what life brings or how minds can change.

When Will I Find Love? 20 Secrets that WILL Help You Find the One

Asking yourself, “When will I find love?” is the wrong question. Here are all the…