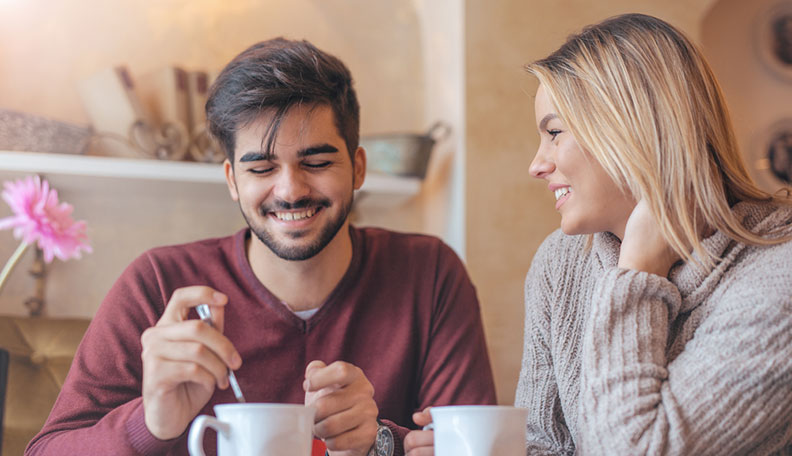 You can’t just stop being who you are in order to get someone’s attention. This is how to get guys to like you while remaining true to yourself.

Sometimes you have to do a little more than you might think to get people to like you. Obviously, you also don’t want to compromise you who you are to get those people to notice you. That’s why knowing how to get guys to like you while staying true to who you really are is very important.

After all, don’t you want guys to like you for you? That’s the entire point of getting someone’s attention. You want them to notice you so they can truly appreciate the real you and who you are at your core.

The drawbacks of pretending to be someone you’re not

Many girls make the mistake of pretending to be something they’re not when trying to get guys to like them. We’re all guilty of it at some point but it’s actually counterproductive if you think about it. Don’t you want to get someone to like you and not someone else being portrayed by you?

Doing this will only attract people who like the person you were trying to be. Once they realize you’re nothing like what they thought, they’ll stop liking you. They also might not be happy you were being so fake to them in the first place. It’s pointless to pretend to be someone you’re not. [Read: 14 ways to instantly recognize fake people and stay away]

How to get guys to like you while still being yourself

All of that being said, you can tweak your personality so guys can notice the great things about you. Don’t change anything. You can still get their attention while staying true to who you are. Here’s how.

#1 Learn about their interests and talk about them. The key thing to remember here is to NOT pretend that you also like those things. You don’t have to have everything in common just for a guy to like you. Find out what he likes and get him talking about it. People like to talk about what they love and if you’re interested in hearing what he likes, he’ll start to like you, too. [Read: 13 things to talk about with a guy to keep him interested]

#2 Look really good. Guys are visual creatures. The first way they’ll notice a girl is if she looks good. However, this doesn’t mean to get dressed up all the time. Look good by your standards and work on keeping yourself well groomed. He’ll notice and he’ll like it.

#3 Exude confidence. This is really the main thing to remember. Be confident. Own who you are. Guys can’t get enough of women who are confident as hell in themselves. If you love who you are, others will love you, too. Find some confidence and exude that around everyone. Guys will flock to it.

#4 Laugh at their jokes. But only if you find them funny. By this, I mean not to try and play it cool. If they said something you thought was funny, laugh. And laugh loud enough for them to hear and take notice. People have a tendency to like people who find them funny. So make sure you let him know he’s funny if you truly think he is. [Read: 10 ways to make a guy laugh without dumbing down]

#5 Smile often. The idea here is to be approachable. It also looks like you’re having more fun the more you smile. Guys always want to get in on the fun. So make an effort to have a good time around them and they’ll be drawn to you.

#6 Flirt a bit. Let your flirt out! Show the guys you can be flirty and fun. Get some witty banter going on with them. Not only does this make you more appealing to them, but it shows them that you’re also interested in them. [Read: How to flirt with a shy guy and get him to open up]

#7 Avoid drama. Girls who are full of drama are exactly what guys want to avoid. They don’t like the drama. So if they think a girl is going to be a lot of it, they’ll stay away and they’ll make sure they stay far from you.

#8 Show your easy-going nature. Again, if you’re really not an easy-going person, don’t pretend. This is a very specific trait that can make a big difference if you lie about it. However, if you really are easy going, show this. Guys will be more drawn to you if they know you’ll be easy to hang out with. Plus, easy-going people are usually also up for anything. That will be appealing to them.

#9 Be passionate. Passionate people are really easy to like. They get excited about a lot of stuff and their passion is contagious. Talk about stuff you’re passionate about when near or with the guy you want to like you. Be passionate in the things you do and you’ll find more and more guys wanting to be with you. [Read: 10 reasons passionate love is the best love of all]

#10 Stay true to your opinion. You might not think that men like opinionated women, but that’s wrong. They do. What they don’t like is a woman who’s forcing her opinion on others. However, if you’re having a discussion about something you feel strongly for, stick with your opinion. Don’t sway your beliefs just because you want to be able to agree with him. Guys like a woman who sticks with what she says.

Things that turn guys off

These are a few key things to avoid if you want to know how to get guys to like you. They’ll be turned off by these things and won’t want to get to know you any further. [Read: 10 little things that are sure to turn off your date]

#1 Trying too hard. If you agree with everything they say and change your mind about something just because they think differently and you want to impress them, you’re trying too hard. And they can tell. They don’t want a girl to be all over them. That’s not attractive. So stop trying so hard. Relax. Be yourself.

#2 Being overly dramatic. Again, drama is really not liked by guys. They don’t want to be involved with or around it. They’ll jump ship the second they think you’re going to be a girl full of drama. And not having drama in your life is just more fun in general. You’ll be less stressed and happier.

#3 Playing way too hard to get. On the flip side of trying too hard, guys also don’t like when you don’t try at all. Meaning, if you play so hard to get they can’t even get to know you, it’s too much. They want to be able to make some progress with you at the very least.

#4 High maintenance. It’s perfectly fine if you want to get dolled up every single day but just know that guys don’t particularly like when a woman seems high maintenance. Meaning, if he’s put off by the idea of having to get you expensive things and whatnot, he’ll be less likely to approach you. [Read: Why men like a chase and how to use it in your favor]

#5 Rude, mean, or an off-putting nature. If you’re just a straight up bitch to guys all the time, they’ll stay away from you. They don’t want to be bullied nor do they like unkind people. Nobody likes bitches. Show guys your kindhearted nature and be sweet and nice.

[Read: How to get a guy’s attention in any circumstance]

If you want to find love, you’ll have to put yourself out there. In order to learn how to get guys to like you, you’ll have to figure out how to put out the best parts of your personality so they’ll realize just how great you are.