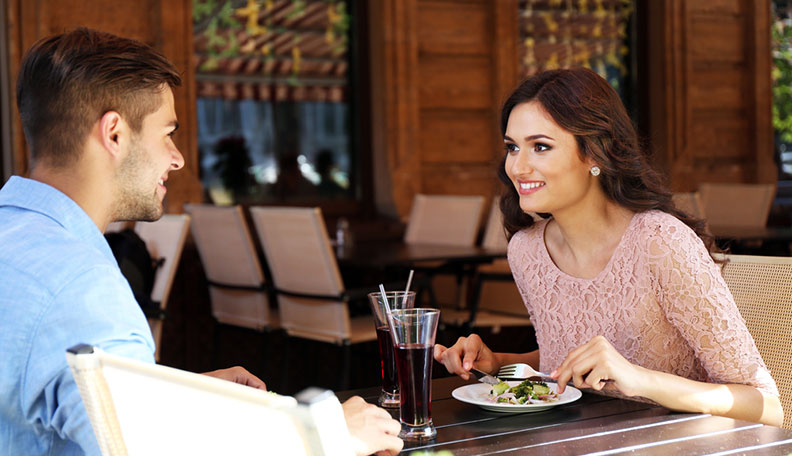 Learning how to friendzone a girl is an important skill to learn, as it will happen many times in your life. But leave her with her dignity.

If you have yet to experience this scenario, I’ll just say it—I’m surprised! I swear I’ve been friendzoned a handful of times, and I friendzoned tons of friends as well. It’s not an easy thing to do and an even harder thing to have done to you. Knowing what it feels like to be friendzoned, will surely make you better at doing the friendzoning. And learning how to friendzone a girl will help you out in life.

How it feels to be friendzoned

Okay, well to be frank, it sucks. I always felt foolish for believing that there was something more between us. And I have a bad habit of believing things are better off than they really are. I always think I crushed job interviews and the job is definitely mine, or I believe that the people I’m interested in must be interested in me as well. Those things don’t just happen. It would be amazing if that was reality, but unfortunately, it just isn’t.

Once you’ve been friendzoned, you might actually be unable to be that person’s friend. It can be terribly difficult to overcome the embarrassment of being rejected and put in the friendzone, so the best solution is to avoid it altogether. Flee. Just abort mission. Seriously, don’t waste your time. [Read: This is why you should never use the word friendzone]

Okay, that was terrible advice, that’s just been my experience. I typically just fade into the background and stay away from that person for a while. Maybe months or years down the line I chat with them again, but for the most part, I just stay clear of them. I know this isn’t exactly the best solution, but I’ve never been fantastic with conflict. [Read: How to handle sexual tension between friends like a platonic pro]

How to friendzone a girl

Now that you know how it feels to be friendzoned *at least how I felt being friendzoned*, properly craft a strategy to friendzone that girl in your life. Just keep this in mind: She digs you, and she is vulnerable on some level. Please let her down gently.

#1 Make sure you want to do this.Don’t just friendzone her because you don’t know what else to do. Think long and hard about your feelings for this girl, because once you put somebody in the friendzone, it is nearly impossible to recover them from the deep, dark depths of the mighty friendzone canal. A tad dramatic, but this situation calls for it, don’t you think? [Read: Are you more than friends or just friends?]

#2 Evaluate your relationship. Give this a real thought if you’re trying to figure how to friendzone a girl. Have you been best friends since you were six, or did you just meet at a party a few weeks ago? The level of depth to your current relationship determines just how gentle you need to be when you friendzone this girl.

If she has been your best friend for years, tackle this carefully, because you don’t want to damage your prior relationship. [Read: 17 clear signs you should be dating your friend right now]

#3 Consider their bravery. Something many people fail to recognize when friendzoning people is that it might have taken a lot of courage to tell you how they feel. If you’ve seriously been best friends your entire life, this is HUGE. She didn’t just decide yesterday that she has feelings for you. She’s been feeling this way for a long time. Again, be delicate.

#4 Don’t shy away from the conversation. If somebody tells you that they are into you, and you immediately shut the conversation down because it makes you uncomfortable, this isn’t good. You need to hear them out.

Let them tell you how they feel, because if you don’t listen, you make it up in your head. It might seem different than the reality of the situation. Maybe they are interested in you, but don’t want a relationship. No need to friendzone here. Hear them out.

#5 Give them their privacy. Don’t bring it up around your friends, because this situation is just as embarrassing without you being a giant you-know-what. Once the conversation is over, you really don’t need to bring it back up. Let it go, man.

#6 Be patient with them. As young people, we go through some heavy and confusing things, so just be patient. One time I told my best friend that I had feelings for him, and it actually ended up that those feelings weren’t really there. I was just going through the typical post-college stresses of growing up. He was fantastic about it, and I’m sure you will be too.

#7 Don’t say you love them like a sister. If you want to know how to friendzone a girl right, please don’t use this cringe-worthy line. It’s just awful. The amount of times I’ve heard this, I could seriously just hurl. [Read: 20 unmistakable signs your friend is totally crushing on you]

#8 Also, don’t say, I wouldn’t want to ruin our friendship. This one always kills me. What the heck do you plan on doing in this potential relationship that is so bad that it would ruin your prior friendship?!

If you behave like civil people, your friendship will be absolutely fine. Sure, things might be a little strange at first, but if you were good friends once, you’ll be friends again. This is just a poor excuse.

#9 Don’t keep doors open. Something awful that I’ve experienced is men outright shutting down a potential relationship. Don’t do this. Either open the door and go on a couple of dates, or shut the door entirely. Don’t leave this poor girl wondering if maybe one day you’ll change your mind. Tell her “I actually don’t share those feelings for you.” Be open and honest. [Read: Different ways to reject someone and what to expect afterwards]

#10 Ask her to hangout again. After you’ve friendzoned her, don’t just say “we can still be friends,” and then never hit her up again. A day or two after you friendzone her, text her and ask her to hangout. Make her see you are still comfortable with her, and you value your friendship more than this sticky situation.

#12 Don’t send mixed signals. It’s awful, but oftentimes once we find out of someone’s interest in us, we play with their emotions, whether intentionally or not.

[Read: How to let a girl down gently and avoid her tears]

Now that you know how to friendzone a girl, I hope you consider and respect her. She’s a cool girl, but she’s not your type. I get it. But always be a gentleman.

PREVIOUS12 Signs He Wants to Cheat with You: What Do You Want to Do Now?
NEXTRelationship Boredom: 13 Cures that Can Fix Your Love Life Forever