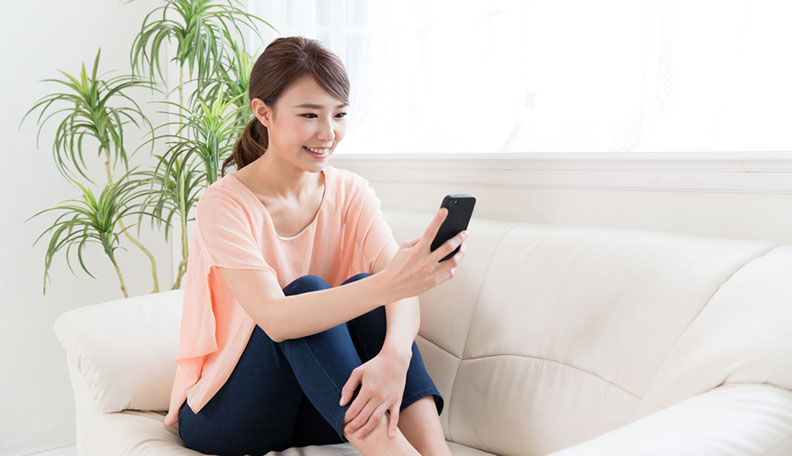 Funny enough, I wanted to write about how to deal with your girlfriend texting another guy because I was in a similar situation with my boyfriend. Now, I wasn’t texting other guys because I was interested in them, but I was talking to some of my male friends via text.

Of course, my boyfriend wasn’t a fan and even though he’d met them before, it really made him uncomfortable. It brought up his trust issues from the past.

It’s a hard situation to be in because I don’t want to give up my friends, yet, I don’t want him to be constantly nervous and anxious when my phone vibrates.

How to deal with your girlfriend texting another guy

Now, most guys would keep it to themselves and let these feelings boil up inside of them. Until one day they freak out and lose their shit. I don’t recommend this method, and you know that’s not how you should be handling it.

If you want to really talk to your partner, becoming aggressive will only bring silence between you and push her away. That’s not going to work. Instead, you want her to open up to you and tell you what’s going on.

#1 What is your relationship status? I’ve seen many people become upset when their partner is texting someone, but at the end of the day, they’re not even in a committed relationship.

This doesn’t mean that what they’re doing is necessarily right, but what is the relationship status between you two? Are you two casually seeing each other? Or is this a serious relationship?

If the boundaries in the relationship are clear, then your feelings are justifiable. If you’re not willing to commit, but you’re jealous that she’s talking to other guys, that’s a different story. [Read: 10 reasons why your girlfriend flirts with other guys]

#2 Have you met him before? Okay, so let’s assume that you’re in a serious relationship with her. With that being said, you’ve probably met all of her close friends already, including the guys.

Is this guy one of her friends that you’ve met? Or is this someone suddenly new that’s popped up for no real reason. If you’ve met him before and you’ve seen their relationship without feeling threatened, the odds are nothing is happening. [Read: How to tame the green-eyed monster of jealousy]

#3 Don’t act on temporary emotions. You’re not happy that she’s texting another guy, I get it. But don’t freak out. When you see her texting another guy, instead of jumping to conclusions and pointing fingers, take it easy. You can ask who she’s talking to, listen to what she has to say, and then express yourself. Or, you can also wait a couple of days and monitor her behavior.

#4 Don’t jump to conclusions. It’s so easy to point the finger and accuse someone of cheating. It’s our biggest fear, so we’re obviously coming to that conclusion straight away. But instead of yelling at her that she’s cheating on you, take it easy. Jumping to conclusions never helped anyone get to their destination.

#4 Gather enough evidence. I know I’m sounding like a detective right now, but if you’re sure of what’s going on, why jump the gun? Instead, give yourself some time to see what’s going on. Has her behavior changed? Is she pulling away from you? Hiding her phone? Going out with “new” friends more often?

When you decide to talk to her, you need to be able to show her that something isn’t right. That is if you find anything. You may not find anything suspicious, but, you should still talk to her about it regardless. [Read: 18 ingenious ways to catch a cheater in the act]

Listen, this doesn’t make you look like a pussy, you’re a human being and you have feelings. [Read: 17 relationship red flags most people completely ignore]

#7 Don’t show jealousy in front of her. She may be one of those girls that live off of you being jealous. If she is, well, you should have dumped her by now. Of course, you’re feeling jealous, but try not to show that in front of her. When that happens, at least for me, it’s a turn-off and also worries me for the future. I have male friends, and I don’t want to lose them.

#8 After you talk to her, watch her actions. A real partner will listen to what you have to say and how they make you feel and find a way to create a happy medium. If this guy is just a friend, the odds are she doesn’t want to lose him, but she doesn’t want you to feel threatened. So, she’ll find a way to make it balance.

#9 Meet him. Now, if she’s cheating on you, you don’t need to meet this guy, but if this is her friend, why not meet him? Not only will you be able to get to know him, but you’ll also get to see how their relationship functions, and that’s really important.

#10 You will have to make a change as well. If this guy is a friend, he’s not going anywhere and you shouldn’t expect that. You need to work on your fears and anxiety when it comes to her talking to other guys. Not every guy she talks to is someone she’s sleeping with or wants to be with. [Read: I’m a boyfriend who’s too clingy and needy]

[Read: The insecure traits in a man will make a girl run away fast]

It’s not easy being in a relationship. Before you jump to conclusions, learn how to deal with your girlfriend texting another guy the right way.

PREVIOUSCupcake Phase: 16 Things You Must Do to Stay in this Sweet Phase
NEXTHow to Get Over a Crush on a Friend: 15 Steps to Stay Platonic