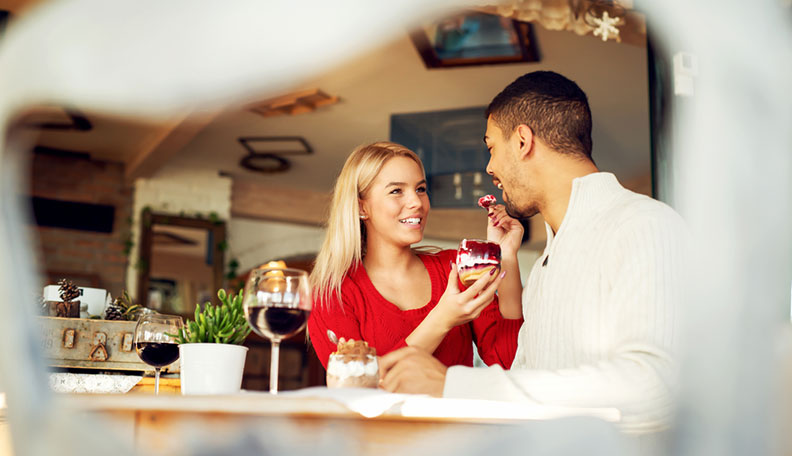 You may be interested in knowing how to date multiple guys, but you don’t want to hurt anyone’s feelings. Good news—just follow these tips.

Learning how to date multiple guys without being shady isn’t as hard as it sounds. Haven’t you seen Sex in the City? Samantha is all about no-strings-attached dates with multiple men.

I was the same when it came to dating. Okay, not the same, but I wasn’t committing myself to anyone. Sometimes I would be dating a couple of different guys at once. I was feeling them out and seeing which one I connected well with.

Now, many men are scared of serial daters, and, of course, there are women who take it to an extreme. But you don’t need to be extreme when dating multiple guys. You can do it and find someone you connect with. [Read: Why dating multiple people is actually really healthy]

How to date multiple guys without being shady

Many people assume you need to lock yourself down to the person you’re casually dating. But that’s not true. It’s called casual dating for a reason. It’s casual. You’re not committing to yourself. Why should you throw away other possible connections?

Of course, if you’ve seen this person for months while also dating others, well, then you have a problem. But there is a way you can date multiple people without being considered a cheater, liar, or commitment-phobe. And I’m about to tell you how to do it. It can be done!

#1 It begins with honesty. If you’re not telling the person you’re seeing that you’re also seeing other people, then you’re a liar.

Sure, it may be awkward to tell someone that they’re not the only person you’re seeing, but at least they’re given the choice on whether or not they approve of that. Dating multiple guys at once isn’t about hiding one from another. Be honest and open right from the start. [Read: You should be following these make or break casual dating rules for the the best casual romance]

#2 Decide what you want. Before you start to date multiple guys, sit down with yourself and see what you want from a relationship. Are you looking for something casual? Something serious? If it’s the latter, create strict boundaries and stay focused on your needs.

#3 Date for the right reasons. If you want to date multiple guys because you want an ego boost, then don’t do it. Listen to your gut instinct. If you feel you’re stringing a guy along, then you’re doing it. It’s nice to feel wanted by multiple guys, but consider their feelings as well. [Read: Learn how to set boundaries in dating]

#4 Don’t make it a game. If you’re dating multiple guys, understand why you’re doing it. Most likely, you’re trying to find the best match for you or you’re not interested in settling down. Regardless of the reason, it’s fine. But you shouldn’t treat it as a game because it’s not.

#5 Make sure they’re on the same page. If you want to date multiple guys, each guy you date needs to be on the same page as you. Of course, being honest and open is a great start. But make sure they understand your needs. You don’t want to hear the sentence, “so… what are we?”

#6 No need for guilt. If you’re honest and open with the men you’re dating, then there shouldn’t be any feelings of guilt. You know, and they know where you stand. If they don’t want you to date other people, they need to make a choice. But the good thing is you’re not hiding anything from them. [Read: Casual or serious? What is your current dating speed?]

#7 Practice safe sex. When you date multiple guys, be smart and safe. Yes, you can have as much sex as you want with all of them, but please be safe. You know the risks of unprotected sex, and they increase once you date more than one person at a time.

#9 If they don’t like it, let them go. Not every guy is going to be down with the idea of you dating other men. Some guys will tell you that they’re not interested in sharing their partner and that’s something you must respect. If this is how they feel, then let them go.

#12 Again, don’t lie. Don’t do it! You must be honest with the people you’re dating. Yes, it’s uncomfortable to talk about dating other people, but out of respect for yourself and them, be honest. It’s hard, but they’ll appreciate and respect you for your honesty. [Read: 10 things you must always remember when you’re in a casual relationship]

[Read: Are you sure you can handle casual dating?]

Now that you know how to date multiple guys without being shady, it’s time for you to step into the fun of the casual dating world!

PREVIOUSWhat to Do on a First Date to Make It Special and Super-Memorable
NEXTWhat Do Girls Look for in a Guy? The Worthy Traits of a Real Catch