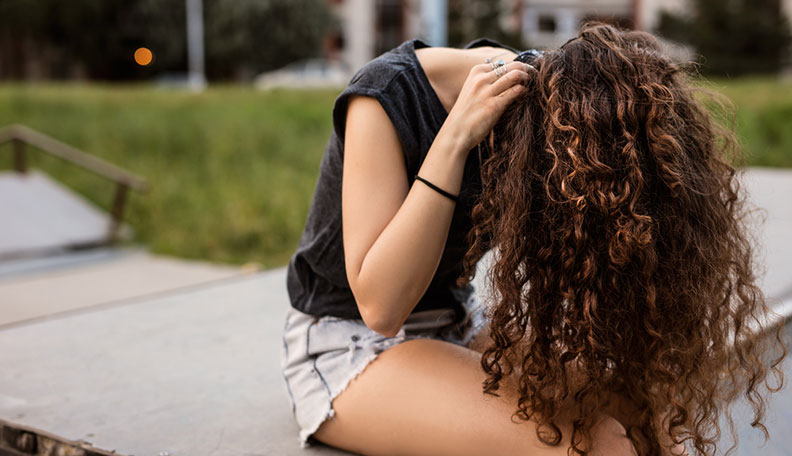 Breakups suck. I think we can all agree on that. Leave your relationship with your head held high by learning how to behave during a breakup.

When it comes to breakups, no one tells you what you need to do or how to behave during a breakup. The only thing people say is, “it’ll be fine; you’ll get over it.” That’s not the thing you want to hear.

What you want to hear is, “let’s key his car later tonight.” Because you’re angry, sad, and you want them to feel what you feel. I completely get it. But acting on emotions is never a good move.

I hate breakups. I was never someone who would just throw their hands in the air and say, “whatever, his loss.” No, that wasn’t me. Instead, I spent days, weeks, even months, playing out the relationship in my head. Thinking of how much he hurt me and what I could have said.

And, of course, I would dedicate a chunk of time every day creeping their social media, maybe even liking a post or two. I basically did everything wrong. [Read: 20 firm ways to get over someone without falling apart]

How to behave during a breakup

Even though you went into the relationship hoping that it would last, not every relationship is meant to last. You can’t control love, but you can control your behavior. There’s nothing that looks better than leaving a relationship with pride and dignity.

You don’t want to be the person who’s melting down at the local Starbucks. So, I’m here to give you a couple of tips on how to behave during a breakup. You can thank me later.

It’s gonna be hard, but you can do it.

#1 Don’t pretend you’re fine. This is usually when all the problems start. You’re not fine, and your partner just broke up with you. You’re hurt. Let yourself go through the grieving process if you want to move on with your life. Express your emotions honestly to your close friends and family. Get it all out of the system. [Read: The 10 stages of a breakup and how to get through every single one of them]

#2 Commit to the breakup. If you were committed to being with this person, then you should be committed to not being with them. Do not go back for a quickie or breakup sex. If they’ve made the decision to end the relationship, respect it, and ultimately agree with it. This means you need to move on from them.

#3 Don’t insult them. When you’re angry and sad, it’s easy to make disrespectful and insulting comments to your former partner. This isn’t going to help you if you’re wondering how to behave during a breakup and get through it. If you want to express yourself, write them a letter or sit down and have a conversation. But there’s no point putting them down. [Read: 15 of the worst things you can say during a breakup]

#4 Avoid getting revenge. Maybe your partner cheated on you. And that’s sucks. But getting revenge won’t make you feel any better. If anything, it puts you on the same level as them. Karma will get them back, don’t you worry about that. Revenge will not help you move on. It just keeps you stuck in the past.

#5 Cut off contact. You may think that you can keep in contact with them, but let’s get real. You won’t be able to be friends with them. You were never friends, you were partners. Sure, in a couple of years maybe you’ll reconnect, but as of now, you need to heal. If you want to heal, you’ll need to cut off all contact. [Read: 12 reasons why the no contact rule always works]

#6 Don’t harass them on social media. I know posting emotional songs on Facebook or ironically liking their posts seems like a good idea, but you just look petty. You want to walk out of this breakup with some dignity. So, if you want to know how to act during a breakup, avoid harassing them on social media. Don’t try to rub things in their face or get their attention.

#7 Wait on doing anything extreme. You may think shaving your head or getting a tattoo is the best way to handle this relationship ending. But, it’s not. Before doing anything extreme, just chill out for a bit. Give yourself some time to process the breakup and release your emotions. And by that time, you’ll be happy you didn’t shave your head.

#8 Don’t get a second chance. It doesn’t matter who broke up with who. If you run into your ex on the street, and you’re begging them for a second chance, stop. There’s nothing more desperate than this. It doesn’t matter how the relationship ended or why you cannot run back to them. Face what happened and move on. [Read: 14 things you MUST keep in mind when you run into your ex]

#9 Keep it cordial. If you happen to bump into them on the street or see them with someone else, don’t run up to them screaming or crying. Act mature and classy. The worst thing you can do is approach them with anger and bitterness. Keep the conversation cordial and polite, and move on. It’ll be hard to do, especially if it caught you off guard. But you need to behave with sophistication.

#10 Keep physical boundaries. If you happen to see them, you shouldn’t touch them in a flirtatious manner. Keep your hands to yourself. Don’t let them kiss you; the relationship is over. You aren’t friends. You need boundaries, or else it’s easy to let them slip back into your life. [Read: Is being friends with an ex you still love a possibility?]

#11 Don’t hunt for closure. Some relationships end without closure. I was in a long distance relationship, and when it was time for him to visit me, he never showed up. He blocked me on everything. I never received closure or an explanation. But at some point, I needed to let go. Not every relationship is going to get closure.

#13 Be nice. I know you’re rolling your eyes at this, but really, you should be nice. You were together at one point, and you chose this person as your partner. The memories aren’t all bad. If you do meet them or run into them, be nice. This doesn’t mean you grab a coffee together, but take the high road.

#14 Don’t rush to rebound. When we breakup with someone, we automatically want to find someone else to fill the void. But you know this never ends well. If anything, it ends up hurting your rebound. Don’t rush to get into a new relationship. Give yourself time to get over the last one. [Read: Rebound relationship signs to watch out for]

#15 Forgive them. Breakups suck, we all know this. But eventually, you’ll need to forgive your ex. It’s one of the hardest things you can do. Relationships hold a lot of history, both good and bad. But you cannot hold anything against them. Not because of them, but because of yourself. You need to move on and meet new people; that comes with forgiveness.

[Read: 15 mature ways you can grow up and start living life like an adult]

Breakups aren’t easy to get through, but it doesn’t mean you should be lighting your ex’s car on fire. Follow these tips for how to behave during a breakup, and you’ll feel a lot better.