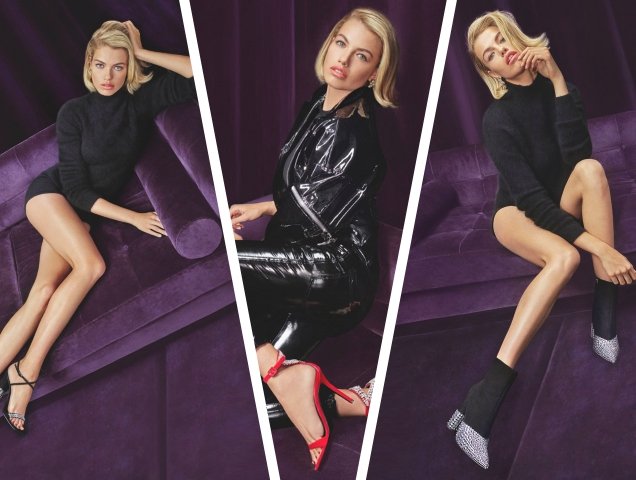 Like the majority of our forum members, Giuseppe Zanotti must be over Bella Hadid. The brand had all the right elements for an outstanding campaign last season but after two consecutive seasons featuring Bella, we guess it was time for a change. Out also is photographic duo Mert Alas & Marcus Piggott in favor of Sebastian Faena, who capturesSports Illustrated regular Hailey Clausen for the new Fall 2018 campaign. Despite Zanotti’s best efforts, our forum members still weren’t captivated by the campaign. “I don’t know why Carine is still trying to make Faena happen. He is just not right for it. This looks cheap and the shoes themselves are not appealing at all,” Lola701 said.

“I do not like this campaign at all,” voiced Handbag Queen.

“From the neck up, screams Grace Kelly, the rest Instagirl. I have a soft spot for Faena. Or rather, Carine doing her best to champion him. He’s done some pretty solid stories over the years. Mostly for V magazine. This one’s a bit of a dud, sadly,” Benn98 chimed in.

[ Not a tFS forum member yet? Click here to join! ]

Sharing the same unimpressed sentiments was forum member 333101: “It’s a shame because I really like Hailey Clauson and like that Carine’s using her, but I just can’t get away with Faena. The operative word here is cheap!”

“Hailey always delivers but the pics are confusing, its almost like they were copied and pasted,” Urban Stylin pointed out.

“This looks really sad. They used to have better campaigns,” elle_gb wrote.

Are you feeling it? See more campaign images and voice your opinion with us here.