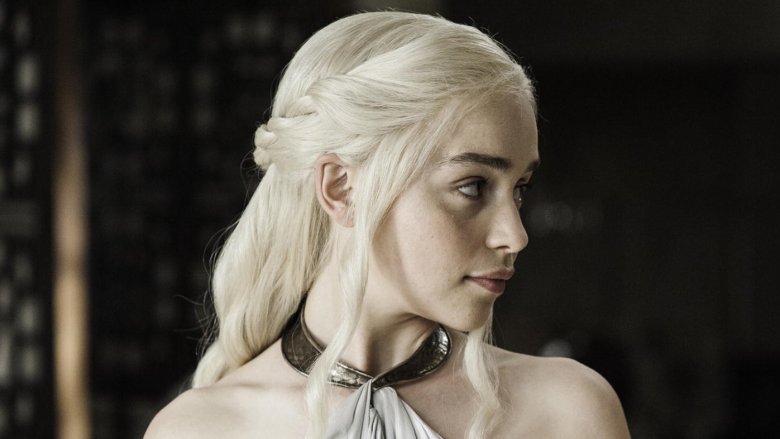 Before Gwendoline Christie took on the role of Brienne of Tarth, she worked as a model and had stunning, long blonde hair. In addition to bulking up and learning how to swordfight, Christie also had to chop off her hair for the part.

“When they cut my hair off, the transformation was complete,” the actress revealed in an interview with SFX (via Hypable). The star admitted that she missed her long tresses and “sobbed for two hours” after the big chop. “It’s such a minor thing, but I think women tie up so much of their femininity in their hair,” she said. “I certainly did — being six foot three and having that gone and playing such an androgynous character, I felt I’d lost so much of the person I identified as me and who I knew.”

Although Christie may be mourning her long hair, she’s paved the way for women to embrace short, fuss-free locks — and she’s proved that short hair is not one-dimensional. “If you have long hair on top … you can sweep your hair to the side, part it in the middle, or even pull it back,” hairstylist Co Tran told Allure.