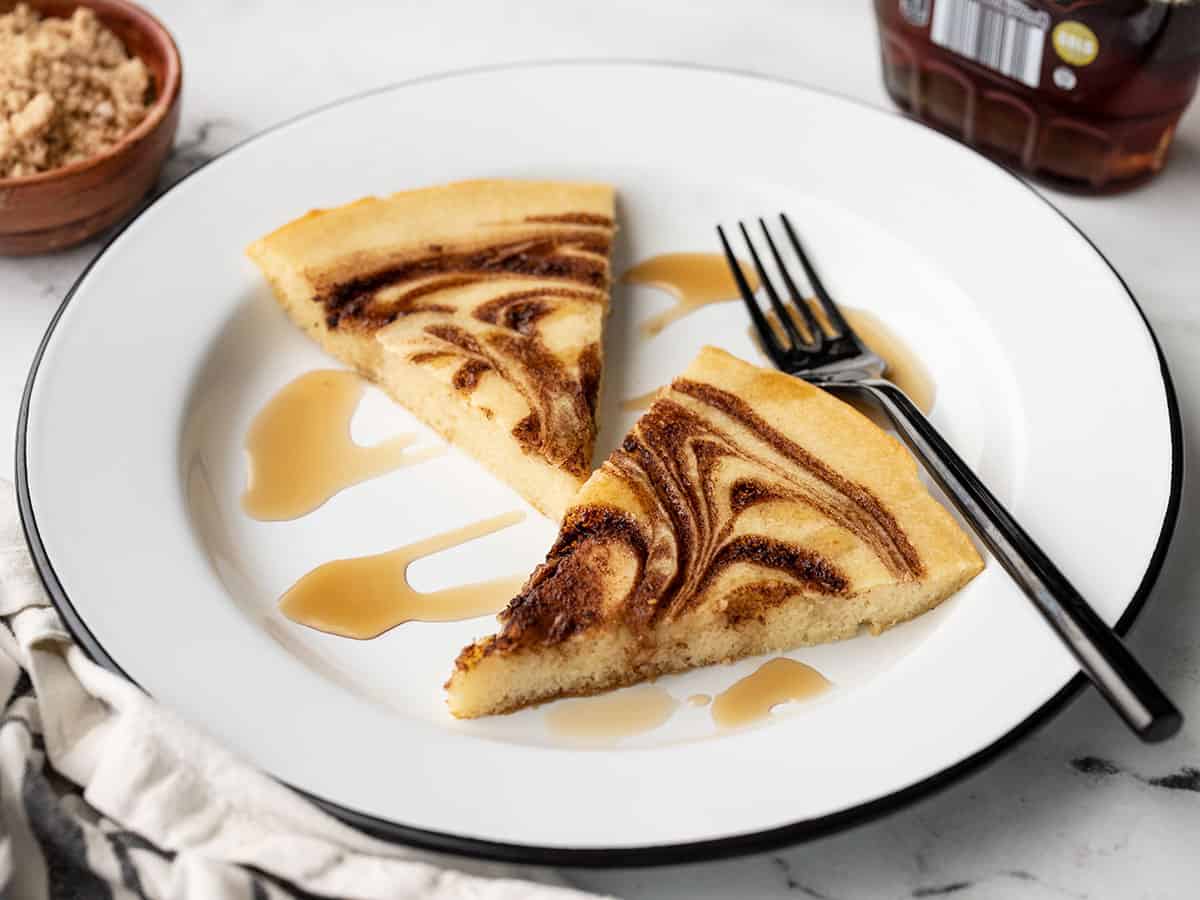 Cook all of your pancakes at once as one large oven pancake to make sure everyone gets a hot and fresh slice at the same time.

*If using unsalted butter, you may want to increase the salt in the recipe to ½ tsp.

How to Make an Oven Pancake – Step by Step Photos

Combine 1 Tbsp melted butter, 1 tsp cinnamon, and 2 tsp brown sugar in a bowl. This will be the cinnamon swirl.

Add 1 Tbsp butter to a 10-inch oven-safe skillet. Heat on the stove top over medium until the butter is sizzling and foaming, then spread the butter all over the surface and up the sides of the skillet.

Pour the pancake batter into the skillet, then drizzle the cinnamon swirl over top. Gently drag a spoon through the surface to swirl the cinnamon into the batter. Transfer the skillet to the preheated 425ºF oven.

Bake the pancake for about 18 minutes, or until it’s puffed in the center and slightly golden brown around the edges. If you prefer the top more browned, you can switch the oven to the broil setting for a couple of minutes (watch it closely!).

Slice the pancake into eight pieces and serve immediately.

Low-Carb Superfoods to Try Out

Superfoods that are popular are often high in carbs, even if they are healthy and…

Believe it or not, healthy eating is anything but boring. Simple things, such as trying…

I finally conquered my fear of making spanakopita, the Greek savory spinach and feta pie,… 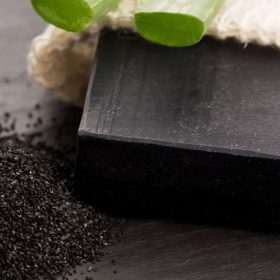 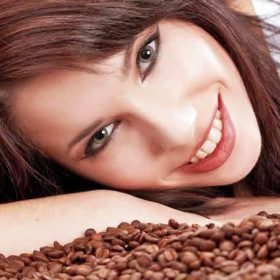