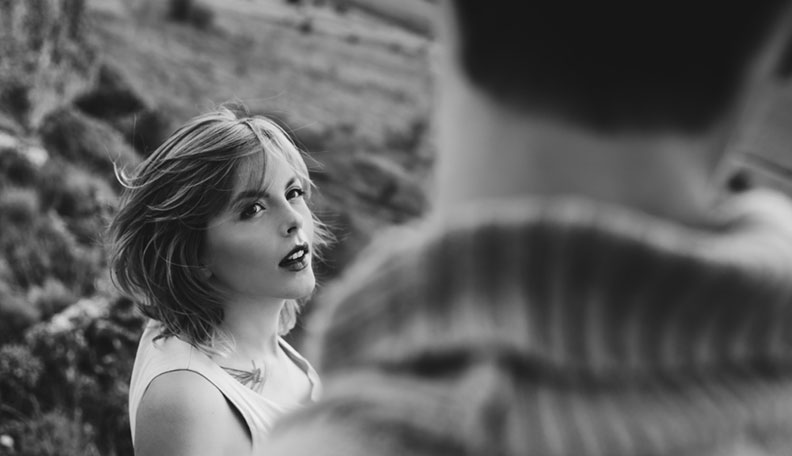 Relationships aren’t easy. And when they come to an end, it can be even harder. Though you’re moving on, the signs your ex isn’t over you keep popping up.

You may be over your ex, but it doesn’t mean they’re over you. Now, if you’re trying to figure out the signs your ex isn’t over you, it can be a little tricky if you’re not in contact with them. I’m not saying you should text them. It’s best to leave them alone. But there are signs that’ll point out whether or not they’re over you.

Now, I don’t know what you’re going to do with this information once you get an answer. If they’re giving you mixed signals, then these signs will definitely help. Remember, everyone is different and will move on in their own time.

How to tell the signs your ex isn’t over you

After a breakup, it usually takes me around a year to start to move on. Yup, that’s right. One year. That’s a pretty long time, but I can’t just flip a switch and move on that quickly.

It takes time to get over someone, especially when they were one of the closest people in your life. Of course, you creep them from time to time, checking in on them and what they’re doing. And sure, you’re “over them” in a sense, but in some way, you miss them. [Read: 12 reasons why the no contact rule always works]

I dated one guy who completely ghosted me after telling me he loved me. Now, that took a while to get over. And to be honest, I think there are some relationships you can never really get over. Some of them leave such an impact that they float around in your mind, rising to the surface every now and then.

The signs your ex isn’t over you may not be obvious, but they’re there.

#1 They drunk text you. Man, oh, man. The drunk text is a huge indicator they’re not over you. If they’re drunk and decide to text you, then you’re still on their mind. It doesn’t mean they want to get you back, but they think about you. [Read: How to avoid the awkward drama of drunk texts]

#2 They contact you. If it wasn’t a serious relationship, then this may not seem so weird. I’ve been in casual relationships where the guy still contacts me from time to time. There’s more of a friend vibe going on.

But if your ex is texting or calling you on a regular basis, they’re probably not over you. Either that or they’re trying to see if you want some side action. [Read: What you need to hear about sleeping with an ex you still love]

#4 They’re super single. As in, they haven’t dated anyone since you were together. Usually, after some time, people will move on and look for a new partner. But if they’re still single, they may not be over you. Or, they’re having a problem finding someone new to connect with.

#5 They stay in close contact with your friends and family. Sometimes, our ex-partners stay friends with our mutual friends. And that’s perfectly normal. But if you broke up and they’re hanging out with your brother and still texting your mom, it’s clear they’re trying to keep one foot in the door.

#6 They send you gifts. Well, this one is one of those pretty clear signs your ex isn’t over you. Whether it’s flowers, a teddy bear, or even pizza, any gift is a sign they haven’t moved on. It doesn’t matter if it’s your birthday or your grandma died; a gift is a gift. And if they send you a gift, that’s the only sign you need.

#7 They tell you they want you back. Oh yes, they do. If someone wants something, they’ll make sure they say it out loud. If your ex isn’t over you, they’ll go out of their way to try to get you back. They may call you or send you an emotional text message. Either way, they’ll get their point across. [Read: Rules to protect your heart if you plan to get back with an ex]

#10 They go through partners like toilet paper. Whether you see it on social media or hear it from friends, they’re moving on very fast. Every other day, it’s a new partner, and none of them last long. Rebounding is always one of the clearest signs your ex isn’t over you and they’re just trying to fill the void.

#12 They find reasons to chat. Usually, when a couple breaks up, there’s very little to talk about after. Actually, you shouldn’t be talking to your ex anyways. They’re your ex, both of you need to move on. But your ex will find reasons to talk to you. Whether it’s a memory from the past or a meme they know you’d like.

#14 Their new partner hates you. Probably because your ex constantly brings you up in conversation. They’re listening to the same stories over and over again about you. So, understandably, they’ve grown tired of you without even meeting you. If your ex’s new partner can’t stand you, there’s a reason why. [Read: The bittersweet truth of when an ex starts to miss you]

#15 They’re everywhere. It seems like either you love the same hang out spots, or they’re trying to set themselves up and “randomly” bump into you. Wherever you go, they’re right there. You can’t get rid of your ex. And this isn’t by chance. Your ex isn’t over you, so they’re trying to stay as close as possible.

[Read: The guide to knowing if your ex still thinks about you]

If you see these signs your ex isn’t over you, but if they’re not making it clear, they don’t deserve you. You shouldn’t have to decode their every move.

PREVIOUSHow to Get Your Life Together: 15 Rituals to Live Your Best Life
NEXT15 College Life Hacks You Won’t Learn in School to Survive & Thrive