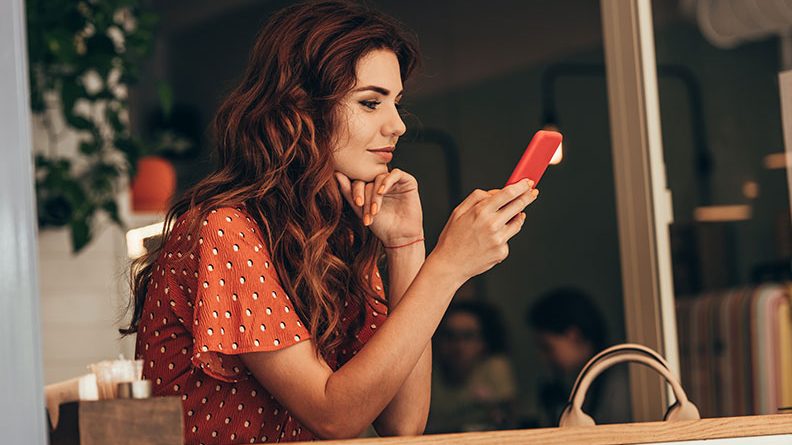 Ready to take things to the next level? It doesn’t mean she is. It’s time to see if you spy the signs she’s not emotionally ready for a relationship.

Relationships consist of two people, which means you both need to be on the same page. And this is one of the reasons why relationships don’t always work out. Learning to read the signs she’s not emotionally ready for a relationship will help you navigate these crazy waters!

Even though there is chemistry and connection, sometimes one person isn’t ready to take the plunge into something more serious. And when that happens, there’s not much you can do.

When we like someone, and they show interest, we assume they’ll want the same things. But that’s not always the case. Just because you have feelings for someone doesn’t mean that they’ll want to jump into a relationship with you. I know, it sucks. But what are you gonna do?

[Read: The real reasons why she’s not emotionally ready for a relationship]

Don’t wait until she tells you she’s not ready for anything serious. If you’re paying attention to the signs she’s not emotionally ready for a relationship, you’ll be able to avoid a huge heartbreak after assuming she’s committed to the relationship as much as you are.

Having feelings for someone is one thing, committing yourself to them is a completely different topic. So, don’t wait around trying to impress her and win her over. Instead, recognize the signs of emotional unavailability.

Know when you need to take a step back from her. Because the deeper you invest, the more you’ll be hurt. She has a right not to want to be in a relationship with you, but you have the right to protect yourself emotionally. Relationships are a two-way street.

#1 She’s literally not available. Whenever you call or text her, she’s always busy, and hours later will manage to squeeze in a couple of words with you… or not. She may completely ghost you or use bread crumbing tactics to keep you on the side. There’s no excuse; everyone is busy. If she can’t get back to you, she’s not that interested. [Read: The shameless signs of bread crumbing people use for an ego boost]

#2 She wants to keep the relationship a secret. Listen, after I was rejected by one guy I really liked, I started dating another guy. Yes, he was a rebound. And he really liked me, but I wasn’t interested or emotionally available for anything serious. Of course, I didn’t handle the situation well. I should have ended things, but instead, I tried to keep the relationship a secret while trying to get over rejection.

#3 You feel needy. You ask her to hang out or text her, but she behaves like you’re extremely dependent. When the truth is, you’re not! You’re just showing interest. But since she’s emotionally unavailable, your interest is coming off as needy and clingy. If she really liked you, you showing interest wouldn’t be a problem. [Read: What to do when a girl ignores you and won’t give you a chance]

#4 She’s not emotionally consistent. Man, am I having flashbacks! When you’re seeing someone who’s not emotionally available, you’re all over the place with your feelings. Mostly because of guilt. You’re seeing someone who really likes you, and you know nothing is going to happen on your end. One minute she’s happy, the next minute she’s rude and cold towards you. She’s going through an emotional rollercoaster that shouldn’t include you.

#5 What does her body language say? We always overlook body language, but that’s how we communicate a majority of the time. People will subconsciously express their feelings to you, whether it’s through eye contact, touch, or even posture. Does she touch you in a nurturing or comforting way? Does she make eye contact with you? These are small things to focus on. [Read: 15 body language clues a girl gives away if she likes you]

#6 You feel invalidated. I’m going to assume you’re in touch with your emotions, and if you are, then you see a huge problem in the way she behaves. But, your emotions are seen as invalid. Maybe she’ll tell you that you’re too emotional or sensitive. And that’s simply because she is trying her best to ignore and suppress difficult feelings.

#7 She has a history of unstable relationships. You may be the first stable guy she’s encountered in a while. First of all, good for you. But if she has a track record of dating jerks and men who have played her, then there’s a solid chance she’s stuck in that unhealthy pattern. And that’s a hard pattern to break. [Read: How to handle a girlfriend who takes you for granted]

#8 She just left a relationship. There are some people who can jump from one relationship to another, and this is usually because they’re avoiding to deal with their emotions. And this may be the case with her. If she just left the relationship, she hasn’t had the time to process her feelings emotionally. So, maybe she thinks she wants something serious or just a fling, but she’s not ready.

#9 All the plans are last minute. This is one of those obvious signs she’s not emotionally ready for a relationship with you. Does she actually give you a real consideration, or does she think of you only when she has nothing better to do?

If she really liked you, she wouldn’t wait for better plans to come along. But, with her, she lets you know minutes before whether or not she’s going to spend time with you. That’s because you’re not a priority. If you were, she would make plans with you days before without blinking an eye. [Read: 15 secrets to make girls chase you and become irresistible]

#10 She avoids conflict. Every relationship has a healthy dose of conflict. Through conflict, a couple can grow. But if she’s emotionally unavailable, she’ll avoid conflict. Why would she put herself in a situation that’ll make her reflect on her actions? That’s not going to happen. So, she’ll pretend like nothing is wrong.

#11 She doesn’t respect your time. You’ll make plans with her, and she’ll cancel them last minute without thinking twice. Or she’ll be hours late to an event you invited her to. These are not signs of respect. Firstly, she doesn’t respect her own time, and secondly, she really doesn’t care about your time either. [Read: How to know when to back off while pursuing a girl]

#12 She’s very defensive. Maybe you’ve confronted her on some of her behavior, but there always seems to be an excuse. The only thing is none of the excuses have anything to do with her. It’s always someone else’s fault of why this or that happened. She’s not interested in solving the problem; she’s interested in pointing fingers at someone else.

#13 You do all the work. You feel like a circus chimp. When you’re in a relationship, it’s supposed to be equal, but with her, you do all the work. You make the plans, you initiate conversation, you try to develop a connection. It’s a lot of you, but where is she? [Read: 12 signs a girl is just using you for all the wrong reasons]

#15 Things never go deep. When you talk to her, the conversations never go past a certain level. You never really get to know who she is, and that’s a problem. How can you want to be in a relationship with someone you don’t know? The fact she’s not opening up to you shows she’s not looking for deep connection.

[Read: 15 signs a girl is leading you on but taking you nowhere]

If you see these signs she’s not emotionally ready for a relationship, confirm this by talking to her about it and decide what you should do next. 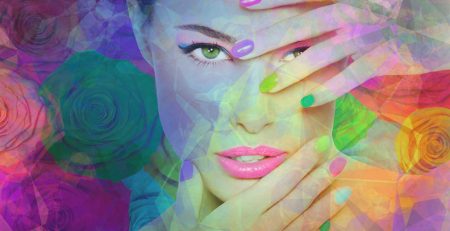 We’ve all heard of pheromones. We might even suspect a current love pairing is because of them, but what... read more 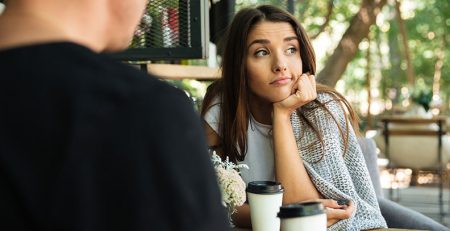 How to Cut a Bad Date Short: The Best & Worst Guilt-Free Excuses

Dating is full of surprises, some good and some not so good. When the latter happens, it is best... read more 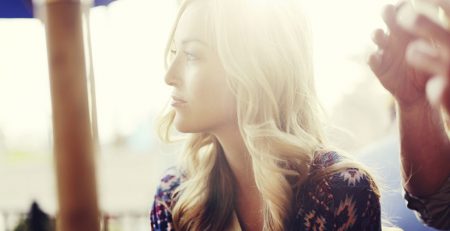 Is It Normal to Have Doubts in a Relationship? A Rule Book of Doubts

Old or new relationship, you might have the odd doubt occasionally. Is it normal to have doubts in a... read more 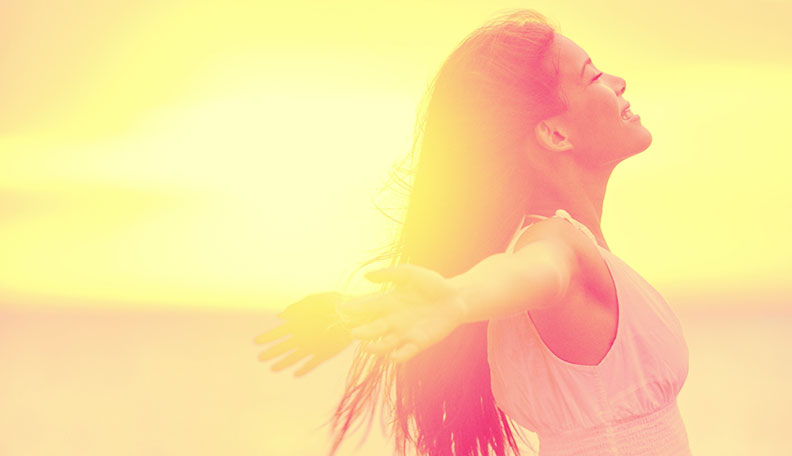 Should you listen to your gut? Second guessing ourselves seems to be built into our DNA. But when your... read more 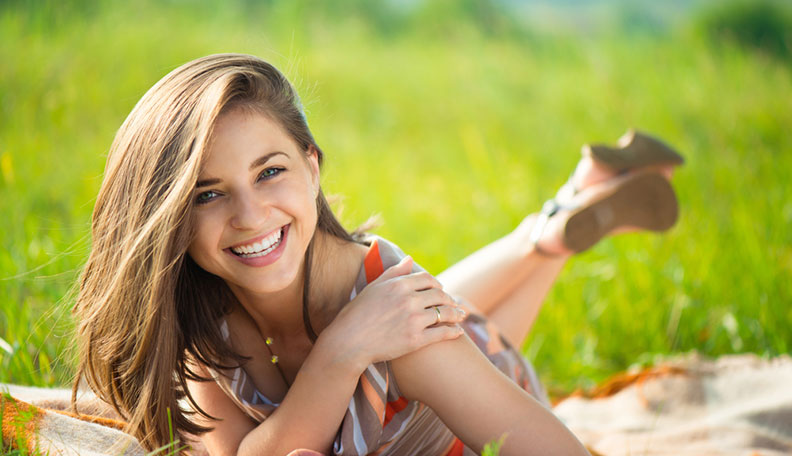 Secret to Happiness: The Uncomplicated Guide for a Happy Life

How can I be happier? The million-dollar question we ask ourselves… but most of us are still waiting for... read more

Love is a fascinating subject. Thousands of songs, poems, and letters have been written about love and what it means... read more 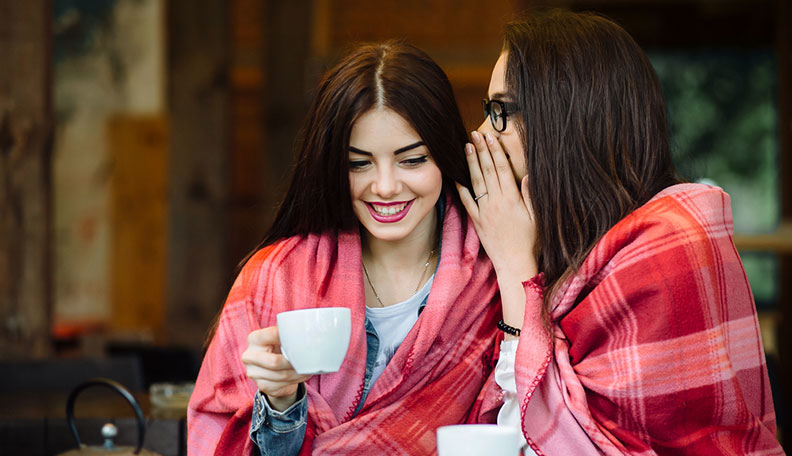 You may see your BFF every day, but do you actually know them as well as you think? Here... read more 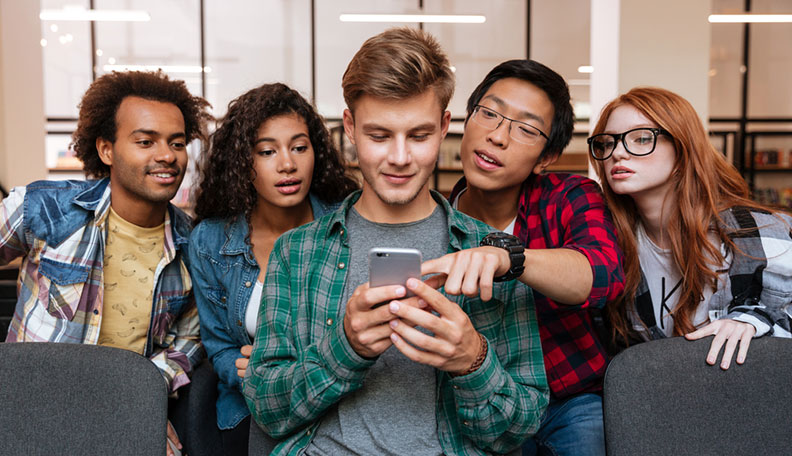 Texting is an art, an art that most guys struggle with. If you’re texting someone you want to date,... read more 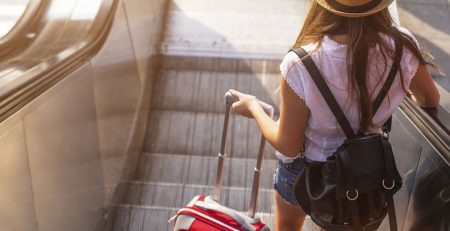 The end of any relationship is hard. But there are stages of a long term relationship breakup, and it’s... read more