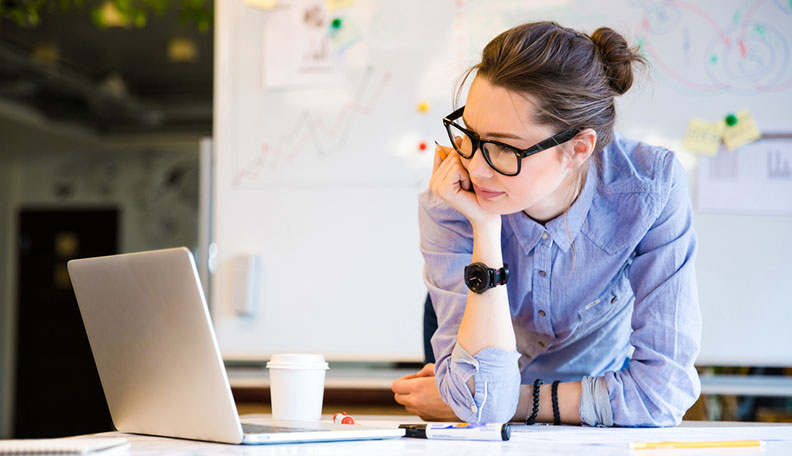 You’re drooling over your crush, you daydream about them. But do they feel the same about you? Here are 13 signs your crush doesn’t like you.

Oh man, when I think about the crushes I had when I was younger, I was really suffering. I had one crush that lasted for eight years. Mind you, it lasted that long because he teased me and led me on. But if I were versed in the signs your crush doesn’t like you, I’d have moved on faster.

How to tell the signs your crush doesn’t like you

But, the point is, crushes can be painful. You spend a lot of your time fantasizing about them. Dreaming of the day when they’ll “wake up” and tell you that you’re the one. Oh, trust me on this, I know everything about crushes.

Did any of my crushes work out? Nope. Not one of them. And to be honest, it was for the best. In my opinion, a relationship can’t work when you put someone else on a pedestal.

But right now, I know you don’t want to hear that. Right now, you want to know what’s going on with your crush and whether they’re into you as much as you’re into them. Well, unless they’ve told you how they feel, time to do some detective work and look at the signs.

[Read: 15 foolproof ways to tell if someone likes you without asking them]

You may be thinking, “there are no signs,” but oh, there are signs your crush doesn’t like you or does. You’re just not paying enough attention to them. So, it’s time you figured out what’s going on between you and your crush.

Now you can make a move or move on to someone else. If they don’t like you, there’s no point hanging around and waiting for them. It’s better to know now than later.

#1 You feel it. I know you’ve been trying to ignore it, but when it comes to instinct you should listen to it. If something inside of you is saying that they don’t like you, listen to it. Especially, if all these signs match as well. You know when someone likes you and when someone doesn’t. Of course, no one wants to know the truth, but you know it. [Read:  Signs a friend likes you even if they’re hiding it]

#2 They don’t try to talk to you. Some people are shy, but usually, if someone doesn’t try to make contact with you, they don’t like you. If you’re always the one trying to talk with them, and they give you minimal attention, well, they’re not into you. If they were, they’d chase you as well. [Read: 9 quick ways to know if your crush isn’t into you]

#3 They don’t touch you. Physical touch is a huge indicator of whether someone likes you or not. Think about it, when you like someone, you try to touch them. When you laugh, you touch their arm because you’re subconsciously trying to bond with them. If you don’t like someone, you’re not touching them with a 10-foot pole. See the difference?

#4 They’re always busy. You’ve asked them to hang out a couple of times, but they always seem busy. If someone likes you, they’ll make time to see you no matter how busy they are. But if they’re so busy they can’t spend one hour of their day with you, they don’t like you.

#5 They don’t listen to you when you talk. When you’re talking to them, you can see their eyes glaze over and their mind wander. This isn’t a sign of someone interested in you. If someone likes you, they’ll be focused on every word you say. Instead, they’re struggling when it comes to focusing on you. [Read: How to talk to your crush and make them fall for you]

#6 They are seeing other people. If someone you have a crush on is dating other people, well, that’s a pretty good sign they’re not interested in you. Of course, they could like you while dating someone else, but if it’s paired with these other signs, then that’s probably not the case.

#7 They’re not jealous. If you’re talking to someone else or dating a new person, they’re not jealous. They actually do not react to your love life. And that’s not a good sign. When someone likes you, they get jealous of seeing you around other people or finding out you’re in a relationship.

#8 They call you a “friend.” Ah yes, the word that could slice. In any other circumstance, you’d be flattered to be called a friend, but in this case, no. If they introduce you to other people as a friend or tell you that “you’re such a good friend,” well, you’re a friend. [Read: How to tell if your crush has friend zoned you or is interested]

#10 They don’t remember the small stuff. You told them your favorite food is pizza or that you love going to the movies, but they never remember these things. They can’t seem to keep track of the things that are important to you. And that’s because those things aren’t important to them. If they were, they’d remember.

#11 They don’t treat you differently. You can tell when someone likes you because they treat you differently from other people. Your opinion, your needs, they matter more to this person. But if you’re treated just like everyone else, it looks like you’re just a friend. [Read: 15 subtle signs that reveal if your crush likes you back too]

#12 They’re not active on your social media. Some people like to observe and not engage in social media, but most of us are active. If this person never likes your posts, watches your stories, or comments on your photos, they’re not interested. If someone likes you, they’ll make sure you see them on social media.

[Read: How to get closer to your crush with 10 strategic moves]

After looking at the signs your crush doesn’t like you, what do you think? Don’t worry if they don’t. It’s best you know now so you can move on.

PREVIOUSHow to Be a Friend: The Real Art of True and Meaningful Friendships
NEXTThe Raw Psychological Effects of Being Ignored by Someone You Love